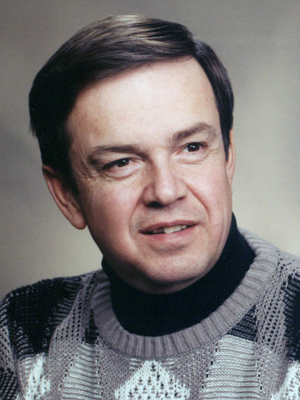 Ron Johnson, age 74, of Prior Lake, entered eternal life on March 14, 2019, at NC Little Hospice in Edina, after a valiant battle with Parkinson’s disease.

A Mass of Christian Burial will be held on Thursday, March 21, at 11 am, with a visitation beginning at 9:30AM and celebration of life after the service, all at St. Michael Catholic Church, 16400 Duluth Avenue SE, Prior Lake. Memorials are preferred and will be distributed in memory of Ron to his favorite charity, by the family.

On July 13, 1944, Ron was born to parents Elmer and Margaret (Schaefer) Johnson in St. Paul, MN. He was one of six children. Following his high school graduation, Ron continued his education and received a bachelor’s degree.

In St. Paul, MN, Ron married Margaret “Peg” Kipka on July 19, 1968. This union was blessed with 50 years of marriage. In 1975, after many moves throughout Minnesota and Wisconsin, Ron and Peg settled in Prior Lake with their children, Brian, Brett and Kristin. Together the family enjoyed every activity that the lake had to offer; it is truly the family’s happy place. Besides spending time on the lake, Ron loved to travel anywhere and everywhere. He especially liked going to watch shuttle launches. Ron also enjoyed coaching and attending all of his kids’ many, many sporting events and was even the director of P.L.A.Y. (Prior Lake Athletics for Youth) for several years.

Life became richer with the addition of his grandchildren. He was especially happy to see his love of the lake passed down to his grandkids. He loved watching them as they enjoyed fishing, swimming and boating.  Ron was so proud to watch them grow and celebrate their accomplishments.

Ron is preceded in death by his parents, as well as his brothers, Jerry Johnson and Richard Johnson.

Offer Condolence for the family of Ronald Johnson