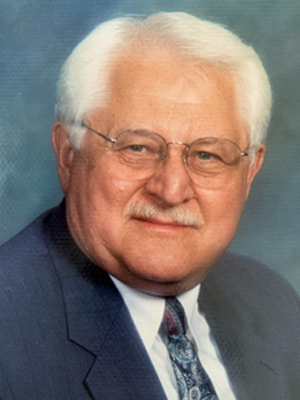 Roman Hertaus, age 80, of Prior Lake, MN, passed away unexpectedly, from a brain bleed, on Wednesday, March 25, 2020, at Fairview Southdale Hospital, in Edina, MN.

Due to Covid–19, a private family Mass of Christian Burial will take place honoring Roman at St. Michael Catholic Church and burial at St. Michael Catholic Church. A time of gathering and a memorial mass will be held later. Condolences can be left at www.ballardsunderfuneral.com and cards can be mailed to Ballard-Sunder Funeral and Cremation, 104 West First Street, Jordan, MN 55352.

Roman John was born on January 16, 1940, in Wheatland Township, MN, to William and Elizabeth (Marek) Hertaus. He married Janice Kechely on August 8, 1964, at St. Wenceslaus Catholic Church, in New Prague, MN. They were blessed with two children, Todd and Penny.

Ballard-Sunder Funeral and Cremation proudly served and cared for the Hertaus family. www.ballardsunderfuneral.com

Offer Condolence for the family of Roman Hertaus