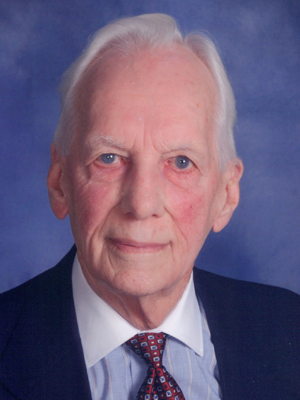 Roland H. Boettcher, age 97 of St Louis Park, MN, formerly of Savage, MN, passed away peacefully while surrounded by his family on Thursday, September 12, 2019. A celebration of his life will be held at 11:00 November 27, 2019 with visitation 1-hour prior at Holy Cross Lutheran Church in Prior Lake, MN. Roland will be laid to rest at Fort Snelling National Cemetery.

On September 23, 1921 in Wausau, WI, parents Rev. Otto and Frieda (Schulenburg) Boettcher celebrated the birth of their son Roland. He was the third of four boys. Growing up near Gresham, WI, where Roland’s dad served as a mission pastor, was a formative part of Roland’s life. He and his brothers developed a deep sense of faith and appreciation for family.

Following his graduation from Wausau High School, Roland served in the US Army until just after WWII. After his discharge, he returned to Deer Park WI and was employed by Doughboy Industries in New Richmond, WI. It was while living there and playing amateur baseball that Roland was introduced to Helen Ryberg of New Richmond. They exchanged wedding vows on June 6, 1952 at First Lutheran Church in New Richmond. This union was blessed with 59 years of marriage and three children.

After having their first child, the family moved to Thorp, WI where Roland was employed by Thorp Finance Corp and later transitioned into their life insurance business.  The company was later acquired by ITT and moved to the Twin Cities in 1976. Upon retiring in 1983, Roland and Helen moved to a lake near Hayward, WI where he enjoyed the wildlife, solitude and working outdoors. In 2003, they returned to Savage, MN to be closer to family.

As a family, they enjoyed frequent trips to visit relatives and an occasional cross-country vacation to explore the United States and Canada. Roland’s family was extremely important to him—he corresponded with his brothers through weekly letters and was very supportive of his children.

In lieu of flowers, memorials can be sent to Holy Cross Lutheran Church in Prior Lake or a charity of your choice.

Offer Condolence for the family of Roland Boettcher