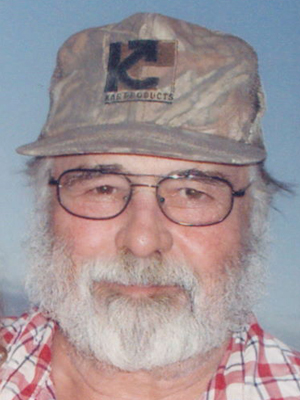 Roger L. Zaugg, age 77 of Jordan, passed away on Sunday, January 19, 2020 following complications from lung cancer. A time of gathering will be held on Saturday, February 8, 2020 from 12-2PM with a reception following all at Ballard-Sunder Funeral Home, 833 S. Marschall Rd., Shakopee.

On August 10, 1942, Roger was born on the family farm to parents Edward and Helen (Banwart) Zaugg. He was the oldest of five children to be raised on the farm near West Bend, Iowa.

Following high school, Roger moved to Minnesota. He worked in construction for many years before starting his career as a truck driver. For over 40 years, Roger drove both over the road and locally. For the past few years, Roger was an employee of Transport Design of Savage.

On June 27, 1992, Roger was married to Joyce Heinen in Jordan, MN. They settled down on their hobby farm outside of town where Roger enjoyed gardening, helping Joyce tend to the chickens, and wood working. Often, Roger could be found making wooden toys for his many grandchildren & great-grandchildren or sorting through his never-ending junk mail.

Along with family, Roger and Joyce took countless camping trips up north. Roger was able to share his passion for hunting and fishing with the family. Despite Joyce’s fear of the water, he often convinced her to fish from the boat at Fish Lake. No matter what activities they were doing, Roger was happiest spending time with family.

Roger was a proud member of the NRA, an avid supporter of Wounded Warriors, and enjoyed helping with the Special Olympics. He was infamously nicknamed the “Kissing Bandit” by his family and was equally willing to make a joke as he was to lend a helping hand.

Roger is preceded in death by his parents; infant brother, Kem, and sister-in-law, Connie.

Offer Condolence for the family of Roger L. Zaugg