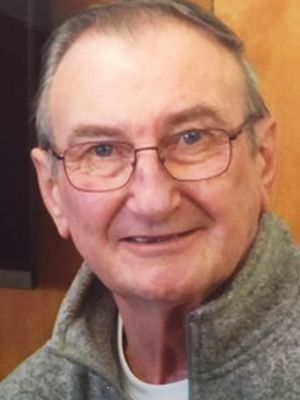 Roger Joseph Reiter, age 71 of Prior Lake, passed away on Saturday, May 26, 2018. Mass of Christian Burial will be Monday, June 4, 2018 at 2PM with a visitation 1-hour prior at St. Michael Catholic Church, Prior Lake. Private family burial at Resurrection Cemetery, Shorewood, MN.

On December 16, 1946 in Slayton, MN, parents Phillip and Emma Reiter celebrated the birth of their son, Roger Joseph Reiter. He was the middle child of five children. Along with his brother and sisters, Roger spent his time working on the family farm in Currie, MN.

While his siblings didn’t always care for farm chores, Roger enjoyed it as it never felt like work to him. In his free time, Roger enjoyed hunting, trapping, and playing basketball.

After completing his schooling, Roger joined the United States Army in 1966. He was stationed in Germany until his honorable discharge in 1968. Upon returning to the United States, Roger met a young woman named Reita. They eventually married and were blessed with a son, Russell. In 1976, Roger and Reita parted ways.

Roger passed on many life lessons to his son, especially the value of working hard. They lived throughout the south metro before settling in Credit River where they built a home. From clearing the land to the construction of the house, it was a labor of love. The home was the perfect location for Roger to enjoy his hobbies—gardening, feeding the wildlife, and enjoying nature.

In the late 90s, Roger’s life was enriched when his sister introduced him to her friend, LaVonne. On October 1, 2001 Roger and LaVonne were married. The couple shared many interests, especially traveling and canning produce from their garden. Their homemade jam was a favorite that they shared with friends and family. Being a meticulous man, Roger always kept track of how many jars were given away and who had yet to return the jars.

Offer Condolence for the family of Roger Joseph Reiter