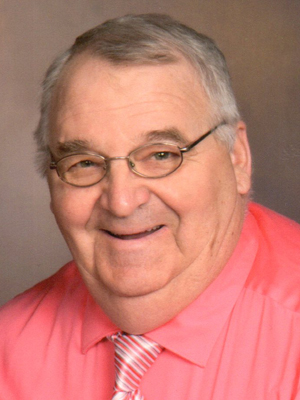 Roger Schoenbauer passed away peacefully on December 23, 2018 at the age of 69.  A gathering of family & friends is Tuesday, January 1, 2019 from 4:00 – 7:00 PM at Ballard-Sunder Funeral & Cremation (104 First Street West) in Jordan.  Funeral Liturgy is Wednesday, January 2, 2019 at 12:00 Noon with visitation one-hour prior at St. John the Baptist Catholic Church (313 East 2nd Street) in Jordan.  Father Neil Bakker will preside.  Memorials are preferred and will be distributed in Roger’s honor by his family.

On February 9, 1949, Roger Raymond Schoenbauer was born to Ray & Harriet (Jirak) Schoenbauer. He was the second of five children.  Roger loved growing up on the family farm in New Prague with his siblings, Gary, Mary Kay, Allen & Daniel.  Roger spent a lot of time out in nature.  His parents passed on a love of gardening to him, and Roger’s grandpa taught him how to identify different kinds of trees.

Roger attended St. Wenceslaus and graduated from New Prague High School.  He then studied to become a farm equipment mechanic at Austin Vo-Tech.  While in school, he began dating Angie Busch.  Roger offered her a ride when he saw her walking home one evening.  She took the ride, and the rest was history.  They quickly fell in love, but their courtship was interrupted when Roger was drafted into the military.

He was proud to serve in the United State Navy.  Roger was stationed in San Diego before being set out to sea on the USS San Jose during the Vietnam War.  He was a mechanic and firefighter aboard the supply ship.  After two-years of active service, Roger was medically discharged.

While Roger was in the military, he married the love of his life.  Roger and Angie exchanged wedding vows at St. Wenceslaus on June 25, 1971.  They were blessed with three wonderful children, Eric, Jason & Heather.  When their kids were young, the family lived on a farm in New Auburn.  Roger passed on his love of farming to his kids.  He was always very active in his kid’s lives.  Roger was a 4H leader, helped his kids with demo derbies and racing, and loved taking family road trips.

Eventually Roger and Angie sold their farm and moved to Jordan.  Roger began working for Scott County.  He spent the next 30 years in the highway maintenance department.  He was lead supervisor when he retired in 2015.  Roger made many wonderful friends, and all his coworkers lovingly referred to him as, “Pops”.

When Roger wasn’t working, he enjoyed spending time outside.  He loved hunting and fishing.  He kept the most beautiful flower and vegetable gardens.  Roger also grew plants to give as gifts to friends.  Roger was a farmer at heart.  He loved driving the tractor and helping on local farms.

Roger was so generous with his time and talents.  He was always helping others.  Roger was very involved at St. John’s through the Knights of Columbus, Quests and the church auction.  He also took many mission trips to Appalachia to help build homes for those in need.  Roger and Angie visited with St. Gertrude’s residents every Sunday.  He was active in Homebound Ministry and Meals on Wheels.  Roger was a faith-filled man, and he had a servant’s heart.

Although Roger had many interests, family was most important. His grandkids were the highlight of his life.  Roger loved spending time with them, and they brought so much joy into his life.

Roger was a wonderful husband, father, grandpa and friend.  His smile lit up the room.  Roger could tell a story to make anyone laugh, and he was doing this right until the end.  He lived each day to the fullest, and he will be deeply missed by his loving wife, Angie Schoenbauer; children, Eric (Robynne) Schoenbauer, Jason (Jackie) Schoenbauer; Heather (Chris) Feltmann; grandkids, Samantha, Carson, Addyson & Cameron; siblings, Gary (Mary) Schoenbauer, Allen Schoenbauer & Daniel Schoenbauer.

Offer Condolence for the family of Roger Raymond Schoenbauer