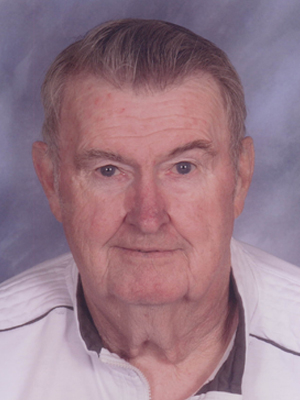 Roger William Bresnahan was born on August 1, 1938 to Michael and Amelia (Schuck) Bresnahan in St. Peter, MN. The youngest of three boys, Roger grew up on the family farm, fishing, hunting, and staying active in basketball and baseball. A mischievous trio, every once in a while, a couple fish could be found in the cow’s water trough. After graduating high school, Roger joined the army and served honorably in Korea from 1958 to 1960. This led to his membership in the Legion in Savage, MN for many years later in life. Once Roger was back from his service, he went to work at the rock quarry in Mankato for some years before eventually meeting the love of his life, Myrna Andersen, on a blind date while she was attending nursing school. A few years later, they moved up to Savage and were united in marriage in 1963 at St. Michael’s Catholic Church in Prior Lake, where they would end up being members for many years. After working at the Braun Coat factory for a couple years, Roger got a job with the Post Office, where he ended up working the rest of his career for over 30 years.

Together, Roger and Myrna were blessed with three children. Roger loved his family. They enjoyed many camping trips and traveled all over the place. He always went to his kid’s ball games while they were growing up and made sure to teach everyone how to play cards properly, from Euchre to Cribbage. He enjoyed playing slots & eating out at Mystic Lake Casino along with spending time at Canterbury Park betting on the ponies. Roger loved taking trips to Las Vegas for the Breeder’s Cup with the guys and other trips there with Myrna. He also enjoyed bowling and golfing, and heckling whoever his opponent was at the time. When Roger’s grandkids came along, he treated them like his own kids, going to games, teaching them how to play cards, giving them a hard time any chance he got, and singing happy birthday as loud and out of tune as possible.

Roger always ran into someone that he knew, no matter where he was. Jolly, outgoing, helpful, and always the jokester, he will be dearly missed by his children, Alan (Gina) Bresnahan, Tim (Kara) Bresnahan, and Ann Schmidt; grandchildren, Alek Pool, Rayni Bresnahan, Austin (Kate) Schmidt, Riley Schmidt, and Braden Bresnahan; four great-grandchildren; and many other family and friends.

He is preceded in death by his loving wife, Myrna; parents; and two brothers, John (Marilyn) and Richard (Regean) Bresnahan.

Offer Condolence for the family of Roger W. Bresnahan