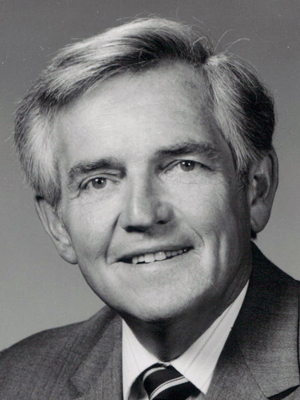 Robert V. Hovelson, Age 91, of Shakopee, passed away peacefully surrounded by his family on April 18, 2021 at his home.

Funeral service was held at 11:00 AM on Monday, April 26, 2021 with visitation from 9:30-11:00 AM at Ballard-Sunder Funeral & Cremation (833 S. Marschall Rd) in Shakopee. Family and friends can watch a recording of the service at the following link: Bob Hovelson Funeral Service. Bob was laid to rest at Fort Snelling National Cemetery.

Bob grew up in South Minneapolis and attended Minneapolis South High School, followed by a tour of stateside duty with the U.S. Army – an adventure that led to his attending the U of MN on the G.I. Bill. He graduated with a business degree and leaped into a career that eventually saw him overseeing the development of the iconic IDS Center in downtown Minneapolis, several other significant offices, and multi-purpose projects in Minneapolis and downtown St. Paul.

He married the love of his life, Marilyn Dolores Anderson, in 1950. They were inseparable companions for the next 68 years. Bob also loved golf, the cabin Up North, the winter condo retreat in Florida, and the thoroughbreds that he and Marilyn raced at Canterbury Park and other tracks around the country.

Bob’s business career began in the early 1950s, when he worked for the Minneapolis office of the accounting firm Touche Ross & Co. One early assignment saw him going to International Falls, MN in early January to do a year-end audit for a paper manufacturer.

Bob also worked for Minneapolis-based Baker Properties, Inc., and successor companies IDS Properties, and Oxford Properties. His career turn into the commercial real estate world began with his going to work for Minneapolis-based Baker Properties Inc. in the mid-1950s. He was involved in many real estate projects for the company, including working to help develop and manage the company’s Ocean Reef Club in the Florida Keys. Bob and the family relocated to South Florida from 1956-64, residing in Homestead, Florida.

Bob will be missed by many, including nieces Mary Beth (Hovelson) Fletcher and Cathy (Hovelson) Moll, niece Lori (Steve) Johnson. Bob and the entire family were especially thankful for the abundance of care provided by Karen Hovelson throughout the final months of his illness; and as well to Mary Beth; and special thanks to the Park-Nicollet Hospice team.

Bob lived life to the fullest, with a generosity of spirit that earned him countless friends wherever he went. He will be fondly remembered forever by those who love him. In lieu of flowers, memorials preferred to be given to his favorite charities.

Offer Condolence for the family of Robert V. Hovelson