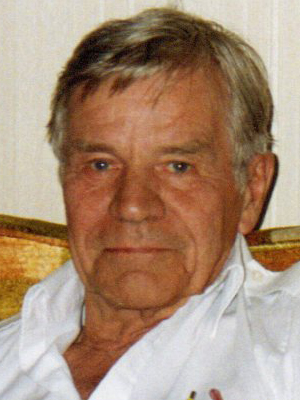 Robert “Bob” Leonard Vos passed away peacefully at Mala Strana Rehab Center in New Prague the morning of March 29, 2018 at the age of 92. Bob will be laid to rest at Fort Snelling National Cemetery in Minneapolis at a private family service.

He was born to parents, Herman and Olga (Osterstrom) Vos, on July 29, 1925. Bob was the youngest child of a blended family and enjoyed growing up in Minneapolis with his siblings. After graduating from North High, Bob enlisted in the United States Navy. He was a pharmacist assistant with a mobile dental lab and traveled the lower 48 treating GI’s during WWII. Bob proudly served his country from 1943 – 1946 until being honorably discharged.

Following the war, he married Jacqueline, and they were blessed with eight children. They settled in the Lakeville area to raise their family. Bob worked hard as a traveling salesman. He sold wholesale lumber to lumber yards and cabinet shops. Eventually Bob and Jacqueline went their separate ways, but they always remained on good terms.

In the late 1970’s, Bob met a woman named Alyce Ilg. Bob and Alyce hit it off immediately, and they quickly became best friends and partners. Bob and Alyce lived in New Prague, but over the years they’ve enjoyed wintering in Arizona. In his free time, Bob enjoyed reading a good book or spending time with family and friends.

Bob will be deeply missed and remembered always by his best friend, Alyce; children, Bob, Jr., Steve, John, Claudia, Liz and Mary; the mother of his children, Jacqueline; his grandchildren & great-grandchildren; other loving relatives and friends. Bob was greeted in Heaven by his children, Julie and Christopher; parents, Herman & Olga; and his siblings.

Offer Condolence for the family of Robert Leonard Vos