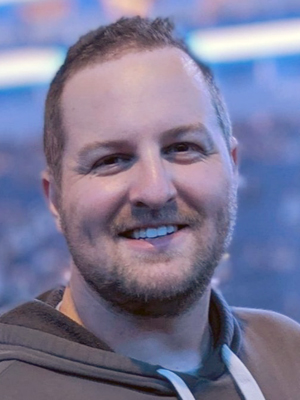 Robert Clarence Calvin (AKA Rob, Bobby, Robocop, Obret, Wobby Wob) from Prior Lake, Minnesota passed peacefully into the Lord’s arms on Tuesday, March 30, 2021 at the age of 37 with his family faithfully by his side.

Rob was, in his own words, pretty darn good lookin’, a trophy husband, and certain that he was always cool.  He had more self-confidence than most of us put together, which was evident by singing regularly at the top of his lungs at work, in the car, or really anywhere in public.  Nothing was impossible for Rob, with his instant charm and his ability to talk nonstop. Whether that meant talking his way onto the stage at a Metallica concert, or into the kitchen at a 3 Michelin star restaurant, you were guaranteed to have fun when around him.

To know Rob was to love him.  He returned the affection through acts of service and by letting you drive his Tesla. He was humble when helping others, believed that actions spoke louder than words, and was a man of integrity. Rob loved so many things, including his mom’s Chex mix, LEGOs, snow blowing the driveway, SR-71 spy planes, really loud music, magic shows (yes, he was a nerd), his Not-A-Flamethrower, playing cards, and finding the best deal. But most of all, he loved his kids, his wife, his family, his friends, and serving his community as a Savage police officer. Conversely, Rob hated scary movies, vegetables, leftovers, and when Amanda would forget to run the dishwasher. He would also want everyone to know that he hated traveling, as evidenced by his trips to Italy, Iceland, Seattle, Zion National Park, Washington DC, New York, Omaha, Las Vegas (several times), Florida, San Diego, Atlanta, Kansas City, Chicago, and San Francisco in the last three years.

Rob found unconditional love five years ago after meeting Amanda, who only accidentally agreed to the first date. Rob said he outkicked his coverage, and they fell in love while frequently arguing over who was smartest.

Rob is survived by his catch of a wife, Amanda; beautiful children, Ella and Finnegan; loving parents, Marv and Ginna; kick-ass sister, Michelle Dalle; and rockstar nieces and nephews, Kayloni Dalle, Tobyn Dalle, Nolan Dalle, and Mackenzie Dalle. In addition to his immediate family, Rob leaves behind an incredible extended family, his brothers and sisters in blue, and countless friends, all who surrounded him with love these past 18 months.

Rob is welcomed to Heaven by his grandparents, Bob and Loretta Lehman; and Wesley and Violet Calvin, and we’re pretty certain he’s going to show them how to use a flamethrower after a wicked game of 500.

The family will greet friends on Tuesday, April 6, 2021 from 4-7PM at St. Michael Catholic Church, Prior Lake. A Funeral Service will be Wednesday, April 7, 2021 at 11AM with a visitation beginning at 9:30AM at St. Michael Catholic Church. Father Tom Walker will preside and pallbearers will be Eric Jech, Todd Weinzierl, Matt Hedrick, Lexi Marklowitz, Andrew Dahmes, George Luskey, Chris Schafer, and Ben Mathys.  Honorary pallbearers are Seth Calvin, Ryan Calvin, Adam Ford and Connor McCambridge.

Friends who are unable to attend in person can live stream the service by visiting St. Michael’s website: https://stmichael-pl.org/. Masks are required and social distancing will be enforced.

Following the service the family requests jamming out to Metallica as a tribute to Rob, preferably with the subwoofers turned all the way up.  In lieu of flowers, we ask that you consider donating to the newly established Bobby Calvin Good Coppin’ Educational Scholarship fund, make checks out to Savage Crime Prevention with Calvin Scholarship Fund in the memo line, or that you use the money to do something fun with your family.

Offer Condolence for the family of Robert Calvin