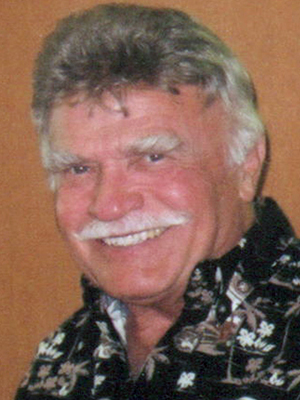 Robert “Bob” Koralesky, age 84, of Prior Lake, MN, passed away peacefully from complications of Alzheimer’s, on Sunday, December 23, 2018, with his wife by his side.

A Mass of Christian Burial will be on Saturday, December 29, at 11 am, with a time of gathering starting at 9:30 am, at St. Michael Catholic Church, 16311 Duluth Avenue SE, Prior Lake. Private family interment at Fort Snelling National Cemetery.

Bob was born on July 25, 1934, in New Prague, MN to parents Steve and Mae (Sullivan) Koralesky. He was one of eight  growing up in the Montgomery area. Aboard the USS Boston, his military career took Bob all over the world. Most of Bob’s career was spent as a truck driver at Dahlen Transport for 37 years. He was a longtime member of the Teamster Local 120.

Life for Bob was enriched meeting a young gal named, Carol Teide, at a local dance. Their love flourished and were married on November 26, 1960 at St. Mary Catholic Church in  Le Center, MN. Bob and Carol were blessed with three children, Robert, Mae and John.

Bob passed on his love for camping to his children and later, grandchildren. He enjoyed fishing, trapping and traveling to Navy reunions with Carol. As a couple, they enjoyed traveling the US and wintering in Naples, Florida for over 20 years.

A devoted and nonjudgmental husband, dad and grandpa, Bob always had a smile on his face and relished socializing with people.

There to welcome Bob home in eternal peace are his parents, Steve and Mae; sister, Irene Tweidt and brother-in-law, John Pelowski.

Offer Condolence for the family of Robert “Bob” Koralesky