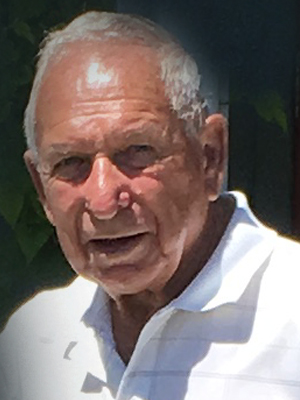 Robert “Bob” Fischer passed away August 21, 2019 at the age of 87. He was a wonderful husband, father, grandpa and great grandpa.

A visitation will be held on Tuesday, August 27, 2019 from 4:00 – 7:00 PM at Ballard-Sunder Funeral & Cremation (4565 Pleasant Street SE) in Prior Lake. Mass of Christian Burial is Wednesday, August 28, 2019 at 11:00 AM with visitation one-hour prior at St. Michael Catholic Church (16400 Duluth Avenue SE) in Prior Lake. Father Tom Walker will preside, and Bob’s grandchildren will act as pallbearers. Bob will be laid to rest at Resurrection Catholic Cemetery in Mendota Heights.

On February 17, 1932, Robert Henry Fischer and Clara (Gapinski) Fischer celebrated the birth of their son, Robert Anthony Fischer. He had two sisters, Betty and Dorothy, and along with their mother experienced a very difficult time as Bob’s father died when he was just a young boy. Bob and the family persevered. He was a boy scout and eventually became an eagle scout. He had a special love for his dog, Buster. He was a graduate of St. Cloud Cathedral High School.

He was drafted into the Army and proudly served his country during the Korean conflict. Following his honorable discharge, he took advantage of the GI bill and graduated from St. John’s University with a degree in economics. He was a “day hopper”, attending St. John’s while living in St. Cloud. Using his degree, Bob worked as an accountant for 3M for 33 years.

At a local watering hole, he approached Renee Dominik and after two years of courtship they were married on June 7, 1958 at St. Mary’s Cathedral in St. Cloud. From that union came Barb, Bob, Sue, Dave and Patti. As a family they enjoyed visiting state parks, Duluth and renting a cabin every 4th of July. Bob passed his love of nature on to his family. He coached his kids in sports and was an active volunteer, teaching religious education, Junior Achievement and president of the PTA. The best was saved for last as his grandchildren and great grandchildren came along. Bob truly enjoyed attending their concerts, day trips, games and loved to take them golfing.

Bob loved to play cards and golf. One year he golfed every month of the year and also had two hole in ones. He and Renee’s travels included Bahamas, Mexico, Hawaii. They wintered for many years in Fort Meyers, Florida. They were blessed with 61 years of marriage.

Offer Condolence for the family of Robert “Bob” Fischer