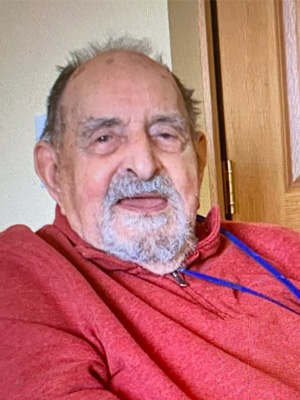 Bob was born November 3, 1926 in Stillwater, MN to George and Mary (Popelka) Deaner.

Bob was a WWII vet. After being discharged from the US Navy he returned to Minnesota, where he completed schooling to become a telegrapher and was employed by Northern Pacific Railroad. He retired from Burlington Northern in 1985. Bob met Muriel on a blind date in the Twin Cities and they were married on June 7, 1952. They moved to west central Minnesota to raise their family. Bob was a member of the Starbuck Depot Society. He gave telegraphy demonstrations at various town events throughout the years. He remained in Starbuck, MN until 2014 when he moved to Jordan, MN to be able to spend his final years near Cyndi and Butch. Bob was an avid gardener, enjoyed fishing and playing cribbage.

He is preceded in death by his wife, Muriel; son, Mark Deaner; parents, George and Mary; and siblings, Calvin Deaner, George Deaner, and Lester Deaner.

Offer Condolence for the family of Robert “Bob” Deaner