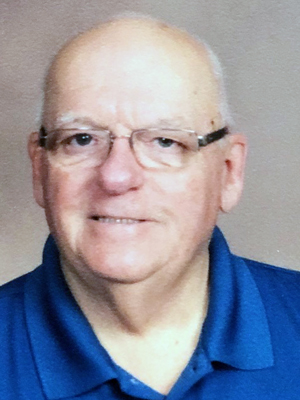 Richard Tyler, of Prior Lake (formerly of Thief River Falls) passed away May 5, 2020, after suffering a recent stroke.  He was 77 years old.

A private family Mass will be held on Friday, May 8, 2020, at 11:00 AM.  Father Tom Walker will preside, and Richard will be laid to rest at St. Michael Catholic Cemetery in Prior Lake. Condolences can be left below and cards can be mailed to: Ballard-Sunder Funeral & Cremation; 104 First Street West; Jordan, MN 55352.

On May 27, 1942, Richard Wayne Tyler was born to parents, Otto and Myrtle (Gunderson) Tyler.  Richard loved growing up in McVille, North Dakota. He had five siblings, Stella, Gladys, Sam, Otto, Jr. and his twin brother, Robert.  As a boy, Richard loved going to the local movie theater, which his father owned, and he and his brothers saw nearly every movie that played. He also loved sports.  He played football, baseball, and golf.  His family had a membership at the McVille golf course, where the boys learned to putt on sand greens, and they certainly got their money’s worth.  Richard and his brothers shared a set of clubs and were constantly at the golf course.

After graduating from McVille High School, Richard attended the University of North Dakota where he earned his Bachelor’s Degree in Elementary Education.  Richard was always so proud of his alma mater.  For the rest of his life, any fellow UND alumnus was a friend of Richard’s.

Richard began teaching in Thief River Falls.  It was there that he met a fellow teacher and the love of his life, Mary Mattson.  Their love grew quickly, and they exchanged wedding vows on June 7, 1969.  They settled in Thief River Falls to raise their family.  Their marriage was blessed with three wonderful daughters, Karin, Aimee and Sara.  Richard continued working in the Thief River Falls school district for 36 years.  Not only did he love teaching, but he also enjoyed coaching the boys golf team.

When their girls were young, Richard and Mary took them on many family vacations.  They visited much of the country from Minnesota’s backyard to both coasts. They also took multiple family road trips to Yellowstone.  Richard was also an avid card player, and he especially excelled at cribbage.   When he wasn’t traveling or working, you could find him on the links.  Richard LOVED to golf!  He passed this love on to all of his girls as well as his grandchildren.  Even some of the family dogs got in on the fun when Richard would let them ride along on his golf cart.

After retiring, Mary and Richard moved to Prior Lake to be closer to their grandchildren.  They became members of St. Michael’s Catholic Church and made many new friends in the community.  This is largely in part to Richard’s ability to make friends wherever he went.

Offer Condolence for the family of Richard Tyler