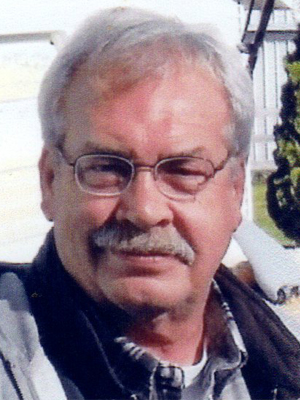 Richard “Rich” Rodewald, of Prior Lake, passed away January 8, 2019 at the age of 71.  A Celebration of Life Service is Thursday, January 17, 2019 at 1:00 PM with visitation two-hours prior at Ballard-Sunder Funeral & Cremation (4565 Pleasant St. SE) in Prior Lake.  Rich will be laid to rest at St. Paul’s Cemetery, and Mike Korzan & Dick Prokupek will act as urn bearers.

On October 29, 1947, Richard Edward Rodewald was born to Ray & Carol Rodewald.  Rich was the oldest of six children and loved growing up with his siblings, Wes, Alan, Daniel, Susan & Sally.  Rich’s fondest memories as a boy were the summers he spent with his grandparents on the family farm in Atwater.

When Rich was in high school, his family left Bloomington and moved to Prior Lake.  Rich never really liked school.  He always felt his time was better spent restoring old cars.  After high school, Rich went to a technical school where he studied auto mechanics.  Throughout the rest of his life, Rich worked in the automotive industry.  He even had a shop at his house called “Rich’s Autobody.”

As a teenager, Rich met the love of his life, Kathy Gammon.  Rich & Kathy were married on February 3, 1968, and their marriage was blessed with two sons, Todd & Scott.  As a family, they enjoyed hanging out at Elko Speedway and Raceway Park.  Rich was a fierce competitor and even won a few championships over the years.

Rich was a huge car enthusiast.  He loved hotrods, was a huge fan of Dale Earnhardt Sr. and was a member of the Minnesota Street Rod Association.  Rich loved old cars, and he always restoring a vintage Chevy.  He also loved cheering on the MN Twins, training his German Shepherds and going to the State Fair.

Although he had many interests, family was the most important thing in Rich’s life.  He was the rock for his siblings. Rich was also a wonderful husband and dad, but he especially loved being a grandpa.  He never missed a ball game and cherished all the time he spent with his grandkids.

Only two months after being diagnosed with stage four, small-cell lung cancer, Rich passed away with his family by his side.  Throughout his illness, Rich always said he just wanted to be home with his family, his cars and his dog.  He will be remembered always as a devoted and loving husband, father, grandpa, great-grandpa, brother & friend.

Offer Condolence for the family of Richard “Rich” Rodewald