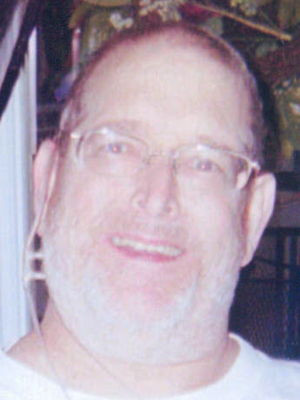 Richard Allan McGregor, age 57, of Prior Lake, MN, passed on Monday, July 26, 2021, at the University of Minnesota East Bank, in Minneapolis, MN.

A celebration of life will be held on Friday, August 20, 2021 at 6:00 PM, with a time of gathering from 4:00-6:00 PM, both at Ballard-Sunder Funeral & Cremation (4565 Pleasant Street SE) in Prior Lake. Pastor Diana Hunstad will preside. Richard will be laid to rest with family at Lakewood Cemetery, in Minneapolis, MN.

Richard was born on April 8, 1964, in Minneapolis, to Thomas and Charlotte (Bucek) McGregor. Four minutes older, he was the twin to brother, Robert and older brother to Glenn. Eventually, the family moved onto the shores of Prior Lake. Richard loved lake life and all its activities of swimming, boating and especially fishing. He also took a strong interest in animals, particularly dogs. Richard liked participating in high school sports, with graduating from Prior Lake High School in 1982.

After completing high school, Richard accepted a position with Cargill Inc. Unfortunately, he was severely injured and needed to find a new career path. Richard decided to follow in his brother’s footsteps and attended Hennepin Tech, in Eden Prairie, MN, pursuing a degree as a chef. In the end, Richard was an extremely talented chef. Working at various restaurants in the Twin Cities, at first, he spent the last many years preparing meals for the residents at McKenna Crossing Retirement Community, in Prior Lake. The love for cooking extended into his own home too. He was always looking ahead at the next meal to be prepared and searching for that next recipe to try. Richard was a perfectionist, especially when it came to onion soup and was always doctoring up others food. This was Richard…trying to make the food taste even better!

Richard lived a good life. A simple life. Through the years, he continued to enjoy fishing, with many excursions to Duluth and Canada. Richard found companionship in his Black Labs, Bonnie, and Clyde and recently, with his cat, Meanie. Besides being a talented chef, Richard was also a gifted woodsman and crafted many masterpieces. He enjoyed container gardening, especially of herbs and vegetables.

Richard had a kind and caring soul. He had a gift of being able to strike up a conversation with any stranger, especially when it centered around food. Over the last years, Richard’s health declined and made it harder to move about. In 2020, he moved into Grainwood Apartment to be near his mother. Char relished evenings eating and watching TV together.

Offer Condolence for the family of Richard Allan McGregor