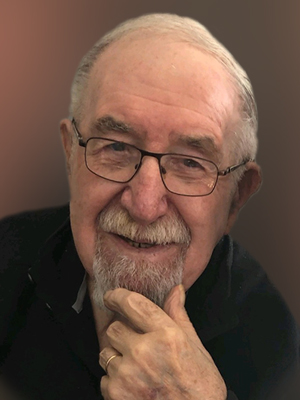 *** PLEASE NOTE: The location of Rich’s service has changed.

Richard “Rich” Beckfeld, age 95 of Loretto (formerly of New Hope) passed away Friday, July 9, 2021. A Liturgy of the Word will be held Tuesday, July 20, 2021 at 11AM with a visitation beginning at 9:30AM at Ballard-Sunder Funeral & Cremation (833 S. Marschall Rd.) in Shakopee. Rich’s grandchildren will act as pallbearers. Family and friends who can’t attend in-person are invited to livestream the services at the following link: Rich Beckfeld Funeral Service (Meeting ID: 839 3964 7660 / Passcode: 890001).

Richard will be laid to rest at Calvary Cemetery in Jordan with military honors provided by the Jordan Vets Honor Guard.

On February 27, 1926 in Jordan, MN, Richard Joseph Beckfeld was born to parents William and Charlotte (Friedel) Beckfeld. He was the second of four children. Growing up, Rich attended school and church at St. John’s the Baptist.

At the age of seventeen, Rich enlisted in the United States Navy. He was stationed in Hawaii as a medic until his honorable discharge. Upon returning to Minnesota, Rich furthered his education at the University of St. Thomas in St. Paul. Around this time, Rich’s friend, Dick Stang, introduced Rich to a young woman named Louise Haugsjaa from North Dakota. They immediately hit it off!

On June 12, 1950, in Minneapolis, Rich and Louise were united in marriage. They were blessed with a loving famnily and 69 years together. The family settled in New Hope where Rich started an auto repair shop, B&R Transmission, with his friend Bill. He was proud to pass the family business along to his son after retiring.

When he wasn’t working or volunteering, Rich spent his time with family. He was a loving husband, father, and grandpa. Rich’s definition of family was expansive—the Beckfeld home was a welcoming place for anyone needing love and support. Rich was a father figure to many and cultivated lifelong connections this way.

When the children were young, Rich attended countless sports events often helping train the teams as well. In later years, he cheered on his grandchildren and great-grandchildren at school activities. Rich and Louise adored their grandchildren!

Along with Louise, Rich enjoyed playing cards with friends, bowling, and traveling. They made numerous trips to Germany and Hawaii. Rich also enjoyed the outdoors especially golfing, fishing and deer hunting at the family cabin. Rich had a tremendous will to live and to live well.

Offer Condolence for the family of Richard “Rich” Beckfeld