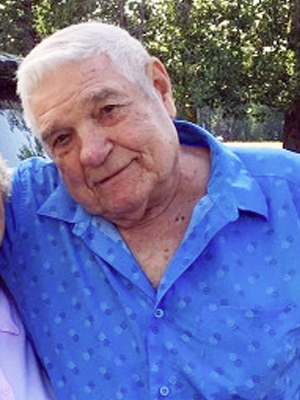 On June 4, 1935, Reynold was born in Blackduck, MN to parents Oscar and Grace Bohn. Once he was brought home to the family farm, he was greeted by his 15 older siblings. Once it was all said and done, Reynold was one of 17 children. To help his parents out, Reynold helped his parents as much as he could. He did this by taking odd jobs from local farmers and businesses to earn some extra money for the family. Reynold also took care of his younger brother Pete by cooking for him and making sure he had what he needed. When he wanted to spend some time alone, he often would hunt for deer in the local woods.

In 1957, Reynold joined the Army and was stationed in Germany for the next three years. Once he returned home, he spent a short while at home in Blackduck before moving to Chaska to pursue work for Gedney Foods. While working in the pickle factory, he met a gal by the name of Beverly. The two would have lunch together and one day Reynold asked Beverly if she would like to go up North. She said yes and a relationship that would span nearly 60 years was formed.

The pair were married on April 27, 1963 at Norwood Methodist Church. Reynold and Bev’s family continued to grow with the addition of their two children, Denise and Jeffrey. Reynold worked hard to help support his family. He worked in various different fields of construction and fabrication throughout his working career. He spent most of his career working as a welder for US Transformers. Due to his hard work, he was able to take his family up North near Squaw Lake and spend time with the kid’s grandma.

In his later years, Reynold enjoyed spending time enjoying the beauty of nature. There were always feeders set out to attract the local wildlife to their property. If an animal frequently stopped by to grab a bite to eat, they were given a name. It could be a deer, squirrel or rabbit, it didn’t matter to Reynold. Both Reynold and Bev enjoyed driving their Buick around Carver and Scott County and having breaks to enjoy some food from Clancy’s (or a McDonald’s). They also always stopped at Jordan Car Care to give Kitty a back massage. Once they got home, Reynold would be greeted by his four legged buddy, Tommy the cat.

Offer Condolence for the family of Reynold Bohn