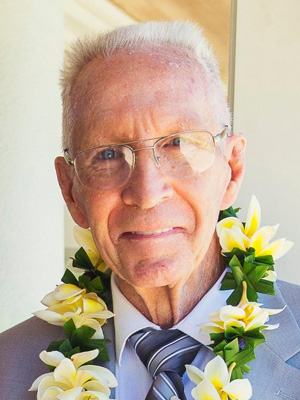 Reggie “R.A.” Rasner, Jr., of Prior Lake (formerly of Rochester), passed away January 8, 2020 at the age of 84. A Memorial Service will be held on Sunday, January 12, 2020 at 1:00 PM with visitation one-hour prior at the McKenna Crossing chapel (13810 Shepherds Path NW) in Prior Lake. Pastor Karen Treat will preside, and R.A.’s grandson, Aaron Rasner, will act as urn bearer.

On November 4, 1935, Reggie Amos Rasner, Jr. was born to parents, Reggie & Pauline Rasner. Reggie was the second of five children and quickly became known as R.A. He loved growing up in Urbana, IL with his siblings, Farrel, Barb, Larry & Kenny. As a boy, R.A. was always looking for adventure with his older brother, Farrel. They were partners in crime and got into trouble often.

During high school, R.A. played a number of sports. He loved the game of football for the rest of his life and always cheered on the local teams. Following high school, Reggie met the love of his life, Sandy Gates. Their love grew quickly, and they exchanged wedding vows on September 6, 1958. They moved to Omaha, NE and started a family. Their marriage was blessed with one wonderful son, Reggie Amos Rasner III.

Before long, R.A.’s work had their family on the move again. This time they settled in Rochester, MN. They spent over five decades in Rochester. Throughout his life, R.A. had several jobs. He was an over the road trucker and worked for General Electric. He also worked as an engineer at IBM for many years, and he later became a realtor. R.A. and Sandy also owned the local roller skating center in Rochester, Skate Country. R.A. and Sandy taught skating lessons to students that competed.

As a family, the Rasners spent a lot of time on the water. They had a boat called Nite Owl that they kept in Lake City. They made many wonderful memories on their boat. R.A. loved being on the water and fishing. He even taught his grandson Aaron how to fish off the back of Nite Owl. R.A. and Sandy also loved to travel. They were big cruisers. One of their favorite trips was a month-long cruise around South America. They took countless cruises over the years and loved every one of them. In his spare time, R.A. visited a lot of garage sales. He always came home with some kind of “treasure.”

Although R.A. had many hobbies, the most important things in his life were his family and his faith. R.A. and Sandy were active members of Oasis Baptist Church in Rochester for many years. They volunteered any time the church needed help. R.A. also loved spending time with his family. He was a true family man and loved his family deeply.

Memorials can be made in honor of R.A. to the following groups:

Offer Condolence for the family of Reggie “R.A.” Rasner, Jr.