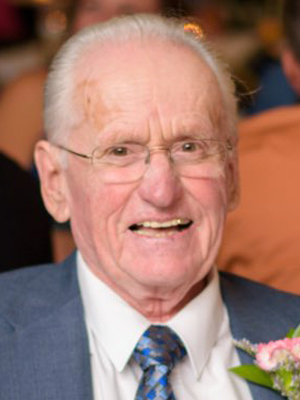 A Mass of Christian Burial will be held on Friday, April 30 at 11 am, at St. John the Baptist Catholic Church, 313 Second Street East, Jordan. Guests may arrive after 10:30 am.  Guest will immediately be seated or may join by visiting sjbjordan.org and clicking on the live stream tab. Father Neil Bakker will preside. The Jordan Vets Honor Guard will provide military honors. PH will be laid to rest at St. Joseph Catholic Cemetery. Memorials are preferred and will be distributed in his memory, by the family.

Lawrence and Annie (VonBank) Wick announced the birth of PH on February 4, 1933, born on the family farm in Sand Creek Township. Named after Saint Placidus, he was the oldest of four sons. PH attended St. Joseph’s Catholic School through the eighth grade.  He then returned to the farm to assist his parents and other area farmers. He enlisted in the United States Army and proudly served his country. He was a member of the New Prague American Legion.

After the service, PH followed in his parent’s footsteps and purchased a farm in the St. Joe area. A year later, he married Annella “Nellie” Pauline Hennen, on May 3, 1958 at St. Mary of the Purification in Marystown, MN.  It was on this farm, they raised 2 sons, Jeff and Vern and 4 daughters, Annette, Lu, Laur and Colleen. Together, the family worked hard on the farm. PH and Nellie instilled a strong work ethic and strong Catholic faith in their children. When time allowed, he and Nellie enjoyed fishing, snowmobiling, dancing, playing cards, and bowling in their younger years. After PH and Nellie retired from the farm, they enjoyed time spent at their cabin, playing cards and bus tours with friends.

PH was gifted and creative, he loved to tinker and could fix or make anything. He was devoted and active in his faith, especially to praying the rosary, daily mass and his devotion hour. PH’s biggest passion was his family and enjoyed being a grandpa and great grandpa. The grandchildren and great grandchildren brought PH so much joy.

Offer Condolence for the family of Placidus Henry “PH” Wick