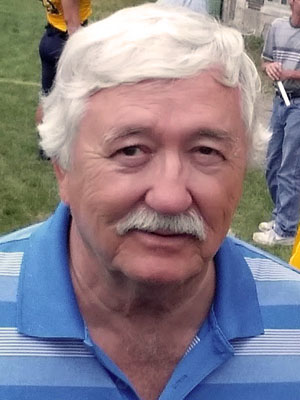 Phil Rooney, age 81 of Prior Lake, entered eternal life while surrounded by his family on November 19, 2022. A visitation will be held from 4-7PM on Tuesday, November 22, 2022 at Ballard-Sunder Funeral Home, 4565 Pleasant Street SE., Prior Lake. A Mass of Christian Burial will be held at 10AM with visitation 1-hour prior on Wednesday, November 23, 2022at St. Michael Catholic Church, 16400 Duluth Ave SE, Prior Lake. Father Tom Walker will preside.

Live Streaming available at St. Michael Catholic Church’s website https://stmichael-pl.org and by clicking on the “Mass and Services” tab.

Francis and Josephine Rooney celebrated the birth of their ninth child, Philip John Rooney March 6, 1941 in Padua MN. Growing up on the family farm with his siblings, Phil quickly learned the value of hard work and the importance of family. From a young age, Phil was charismatic—he made friends easily, was quick witted, and often found a bit of mischief along the way. Stories of walking up hill both ways to school, sharing a bed with multiple siblings, and sneaking cigarette butts from the local bar got bolder and more interesting over the years. Phil lost his father at an early age and likely a catalyst to enjoy every minute with his family.

In 1959, Phil graduated from Brooten High School. Always industrious, it was time to move to the big city. It was after moving to the Twin Cities that Phil attended a house party where he met Jeanne Hanson. She struck up a conversation while Phil was preparing some food. Later, a call for a ride started them on this life journey, united in marriage January 30, 1965 in Motley, MN. The young couple started off in Bloomington then eventually settled in Prior Lake where they raised their family of 6. A kind and caring man who everyone knew, Phil was dedicated to his family. When the children were young, Phil and Jeanne would take them on surprise road trips, the destination being revealed as they went!

Phil got his first salesman job at Heinz, frequently seen trading ketchup for baby food in the Kmart parking lot. Phil loved real estate and was licensed in real estate along with Jeanne at Hartwick Realty. Upon passing his Brokers exam, they founded Realty III and he graced the industry with one of the few cellular phone “packs” – great for workouts as well. He later worked at The Realty House adding Chris and Missy to the industry. He maintained his license from 1969 to retiring in 2011 when those darn computers started taking over. He not only represented clients with all of their real estate needs, he bought rental properties and built custom homes in and around Prior Lake.

As years went on, Phil took every opportunity to spend time with family. Whether it was a phone call, hanging at the pool, or an invitation to happy hour, Phil let his children and grandchildren know they were deeply loved. Throughout life, Phil enjoyed sports and was a fixture at his kids and grandkids games and practices! All the Coaches knew Grandpa Phil! He would also frequently make trips to show people how to play Texas Hold ’em at the local casinos, quick jaunts to Las Vegas, and enjoyed a few family poker games as well!

Phil was a founding member of the Prior Lake Jays where team members affectionately referred to him as The Godfather. He was a fixture every summer at Memorial Park. He even formed an unofficial “grandpa watch club” at his grandchildren’s events by bending the rules a little by watching practice – he loved to see the kids play. Phil had just the right personality to bring people together! Despite health setbacks in recent years, Phil still made every effort to stay connected with family and friends. He loved playing poker, wintering in Arizona, and traveling to visit friends near and far away. Phil will be remembered fondly for his great sense of humor, his kindness, and abiding love of family.

Offer Condolence for the family of Phil Rooney