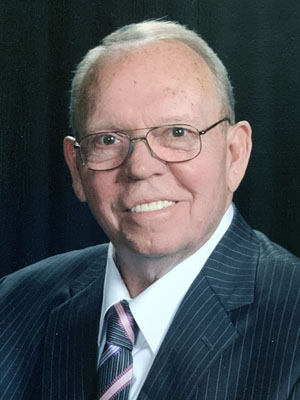 Paul Harvey Nelson, of Excelsior, passed away peacefully in his home surrounded by his family the morning June 3, 2021.  A Celebration of Life will be held on Thursday, June 17, 2021 at 11:00 AM, with a visitation from 9:30 – 11:00 AM at Mount Calvary Lutheran Church (301 County Road 19) in Excelsior. Family and friends are also invited to stream the service through Mount Calvary’s Website.

On April 26, 1942, Paul Harvey Nelson was born to parents Tillman & Minna (Lietz) Nelson.  Paul was the youngest of three and loved growing up in Fairfax.  As a boy, Paul was diagnosed with Hip Perthes that caused him to have many medical procedures in the years that followed.  However, Paul was determined to not let this physical challenge limit his ability to be active throughout life.  He enjoyed pheasant hunting with his father and their dog, Spooky.  Paul sang in the high school choir and played football & baseball.  He also pitched for the town baseball team.

After graduating from Fairfax High School in 1960, Paul attended St. Cloud State University where he earned a bachelor’s and a master’s degree in education.  Following his graduation, he began his career as a 6th grade science teacher, and eventually became the principal of an elementary school in Holman, WI.  During this time, Paul was blessed with two wonderful children, Chris and Rachel. He later worked as superintendent of West Grant Schools in SW Wisconsin.

In 1977 Paul relocated to the Twin Cities and began a new career in the construction industry, building custom homes, then eventually commercial buildings. Twelve years later, Paul started Nelson Construction Management. During his career he oversaw the building of shopping malls, medical buildings and automotive centers.

Soon Paul met the love of his life, Denise Walden.  They worked in the same office building and became good friends.  After several years of friendship, Paul asked Denise out on their first date.  They both knew right away that they had something special.  Their relationship was built on a deep love and respect for each other.  On June 28, 1997, Paul & Denise exchanged wedding vows at Mount Calvary Lutheran Church.  It was a fairy tale wedding complete with a horse-drawn carriage and reception at the Christopher Inn in Excelsior. Their marriage was blessed with almost 24 years together.

Paul and Denise did almost everything together.  They enjoyed golfing, fishing, camping, traveling and cooking delicious meals together.  Paul taught Denise how to do woodworking, and they spent many hours working on projects together in his workshop.

Some of Paul’s other hobbies included deer and pheasant hunting, swimming at the YMCA, and cheering on the MN Twins.  He never missed a game!  Paul also sang in the church choir, served on the church building committee and mentored several friends from church over the years.  Paul spent most of his free time in his workshop.  He was a talented woodworker and builder.  Over the years, he built countless bedroom sets, tables, chairs, toy boxes, rocking chairs, boot benches and toys.  His family’s homes are filled with beautiful pieces made by Paul.

Although Paul had many hobbies and interests, the most important thing in his life was his family.  Paul was a loving husband, wonderful father and outstanding grandpa to Emma & Leah.  The girls loved their special dates with grandpa.  He’d take them swimming at the YMCA and then out to Snuffy’s Malt Shop for a treat.  He loved to spoil them; they brought so much joy to his life.

Through the years Paul’s hips continued to deteriorate and he bravely endured constant pain. On March 9, 2021 Paul had a successful hip revision surgery. However, because of complications and setbacks that followed during his recovery, the difficult decision was made to bring him home on hospice on April 21.  Although Paul retired from being a contractor years earlier, he had one last, very important project to coordinate and complete ~ his final six weeks here on earth. Hospice arrangements were made with the knowledge that Paul may only have days to live. But the contractor in Paul decided THIS project needed a much longer timeline because there was still much to be done.  His adjusted timeline allowed for a constant stream of visits and phone calls from church friends, neighbors, high school classmates and his family.  There were heartwarming stories shared, laughter and also deep sorrow as people said their goodbyes to Paul.

In his final days Paul’s body was shutting down and he was not responsive at times. But he was alert enough to complete a few, last, essential details on this project: On Monday Chris gave him a few bites of his all-time favorite food vanilla ice cream, while Rachel encouraged him on the phone.  On Tuesday Paul told Denise that he loved her.  On Wednesday Paul reached up his hand for Emma while she sang a song and smiled when he heard Leah’s voice. On Thursday morning, June 3, 2021, there was a cool breeze, birds were singing and the sun was shining in on him when Paul Harvey Nelson took his last breath. Denise was by Paul’s side, in his favorite room, of their lovely home that he had built. He was 79 years old. It was a peaceful, beautiful ending to a life well-lived.

Paul lives on in the hearts of his beloved friends and family who are at peace knowing he is again walking, without pain, in heaven.  Paul is survived by his wife, Denise Nelson; children, Chris (Maren) Nelson and Rachel (Eddie) Wright; granddaughters, Emma & Leah Nelson; sister, Barbara (Steve) Taylor; other loving relatives and many dear friends.  Paul was greeted in Heaven by his parents, Tillman & Minna Nelson; infant sister, Donna Nelson.

Paul’s family would like to offer a special thank you to Visiting Angels Home Health and North Memorial Hospice for providing wonderful care for Paul.  In lieu of flowers, memorials are preferred and will be distributed by Paul’s family in his memory.

Offer Condolence for the family of Paul Nelson