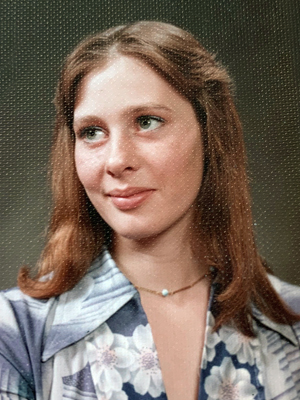 Michele “Shelly Anderson” Henkemeyer, age 62, passed peacefully with family gathered at her side, on Monday, June 28, 2021, at her home in Prior Lake, MN.

A visitation will be held on Wednesday, June 30, from 5-7 pm, and on Thursday, July 1, from 9:30-10:45 am, followed by a Celebration of Life, at 11 am, all at Ballard-Sunder Funeral and Cremation, 833 South Marschall Road, Shakopee, MN. Pastor Diana Hunstad will preside. Pall bearers for Michele will be Robert Chermak, Jeff Chermak, Cassie Bailey, Tony Bailey, Melissa Hesse, Tyler Hesse, Amanda Hesse, and Kenny Hesse. Honorary pallbearers will be Chase Domeier Chermak, Kain Chermak, Marley Moruri, Kendra Bailey, Zoey Bailey and Violet Chermak. Shelly will be laid to rest at Valley Cemetery, in Shakopee.

Michele Arleen Anderson was born on August 29, 1958, in Minneapolis, MN, to Glenn and Arleen (Petrash). She was the first of four children. As a young girl, Shelly took a strong interest in animals. She spent countless hours riding horseback. Shelly attended and graduated from Prior Lake High School in 1977. Through her career, Shelly worked at various companies, such as Rosemont Industries, Continental Machines, K-Mart Warehouse and the last four plus years as a Title Clerk for the Prior Lake License Bureau.

Family was Shelly’s focal point. She enjoyed being at home and surrounded by family and friends. Life for Shelly was enriched with meeting the love of her life, Mike Hesse. They have spent the last 27 plus years creating many fond memories and adventures. Many of those special times were spent with their son, Andrew. He was the light of Shelly’s life!

Shelly enjoyed the simple life. Sitting quietly at home crocheting hundreds and hundreds of kitchen towels and blankets for her family and friends. Back in the day, Shelly also enjoyed participating in bowling leagues. But she was most content watching movies, being around family, and the companionship of her dogs.

Greeting Shelly home in Heaven is her father, Glenn Anderson and grandparents, Joe and Claryce Petrash.

Offer Condolence for the family of Michele “Shelly Anderson” Henkemeyer