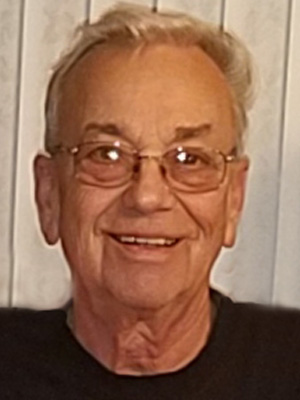 Michael Webster Mohlin, Sr. passed away December 9, 2018 at the age of 72. A Celebration of Life Service is Saturday, December 15, 2018 at 12:00 Noon with visitation from 10:00 AM – 12:00 Noon at Ballard-Sunder Funeral & Cremation (833 S. Marschall Road) in Shakopee. Jean Breeggemann will preside, and Mike Mohlin, Jr. will act as urn bearer. Memorials are preferred and will be distributed in Mike’s honor by his family.

On July 12, 1946, Michael Webster Mohlin was born to parents Carl & Ann (Webster) Mohlin. When Mike was born, doctors said he wouldn’t live more than a year; but Mike proved them wrong. Mike had a happy childhood with his time being split between Minnesota and California. He was the fifth of six children and loved growing up with siblings, Jack, Annette, Susie, Jan & Dick. When Mike was a teenager, he moved back to Minnesota for good.

After graduating from Jordan High School in 1965, Mike began working construction with his dad. Mike loved working in cement, but an injury forced him to leave construction for good. Mike began working for Ford as a parts runner. He loved this work, and it suited him well. This job gave him independence and the ability to be on the open road visiting with people. Mike was with Shakopee Ford and Apple Autos for 34 years.

Mike had a strong work ethic and provided a good life for his family. He was blessed with grandchildren, and he passed on his values and strong work ethic to them. He treasured all the time he spent with Mike, Missy, Mark, Maranda & Margaret.

When the kids were young, Mike loved taking them to Twins games, the racetrack and the State Fair. They also took family trips to California. Mike was always there to support his grandkids. He was always the loudest fan at ballgames and was frequently ejected from games for his over-enthusiastic cheering.

In 2005, Mike reconnected with his high school sweetheart, Mary Jane (Meuwissen) Glynn. Mike & Mary Jane went out for coffee, and they were together from that moment on. Their love grew deeper every day, and they were married on January 20, 2006.

Mike & Mary Jane had many wonderful adventures together.   They loved road-tripping to visit family and friends. They made frequent trips to California, New Mexico, Texas and Arizona. They never had a reservation, but always landed in just the right place. Mike & Mary Jane also enjoyed going to Twins games, attending concerts, playing Yahtzee, going to “Where’s the Beef?” Night and just spending time together. No matter what they did, they had fun.

Mike wasn’t just a wonderful husband, he was also a great friend. Mike was a social butterfly and invested time in people. He spent every Tuesday “Racing & Chasing.” He’d visit friends, fix things and help anyone in need. Mike also had a standing breakfast date with the guys at Wampach’s every Wednesday morning. Mike’s friends could count on him for anything, and he had friends of all ages. One of his best friends was his “little buddy” Randy Millard.

Throughout his life, Mike had many ailments. But he always seemed to pull through. His family said he had nine lives. When Mike got sick three years ago, he kept a positive outlook and lived life fully. He continued tinkering in his garage, playing games and spending time with family and friends.

Offer Condolence for the family of Michael Webster Mohlin, Sr.