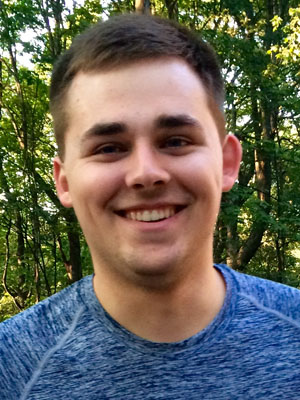 After having a Grand Mal Seizure in early January, it had been a tremendous struggle with his Diabetes to get his body back on track and to cooperate. As a result, he ended up not being able to cope and suddenly decided to end his own life.

Michael’s amazing life began on May 9, 1996. He was born in Edina, MN to loving and devoted parents, Joe and Kris Mullin and to big brother, David. From a very early age, his soul and character were well beyond his years. Michael was always in search of an adventure.  He was special and exceptional in many ways. Michael was extremely intelligent, and his vocabulary was always off the charts. He was always very knowledgeable and up on local news and world events. Michael had this amazing spirit and a kind and gentle heart. He was funny and very quick witted but his actions were always genuine. Michael was a very disciplined person and always followed “the rules”. In the office, the people affectionately referred to him as “Matter of Fact Mike”. He had an amazing memory and attention to detail, and was always very focused.

Michael’s biggest passion was being surrounded by those he loved the most, his family. Michael had such a gift in being able to connect with people of all ages. He idolized his big brother, David. When Joe and Kris brought Michael home from the hospital, David asked, “How long will he be staying?” Over the years, the two brothers would become each other’s best friend. Michael had a special bond with each of his aunts and uncles too. He spent a lot of time staying connected to all of the people in his life. Michael made regular phone calls to his “Aunt” Patty down in Arizona.  He loved all of his cousins and treasured their relationships as well. Michael especially loved his younger cousins, Scott and Sam and saw himself as a role model to them.  When it came to his grandparents, they always held a special place in Michael’s heart. In more recent years, he especially loved doting on his Grandma Marlene.

Michael graduated from Jordan High School in 2014. Through the years, he has been fortunate to establish many great friendships. Michael remained particularly close with Bjorn Solberg and also with Will Sharkey & Tony Eichten. When Michael was younger he enjoyed bowling, and more recently, watching series TV shows and movies along with his weekly trips to Barnes and Noble. He had a passion for board games and was quite competitive when it came to Aggravation, his very favorite game. He started working in the family business washing trucks around the age of 10, and continued to do so throughout his teenage years. After graduating from high school, Michael started attending Hennepin Technical College where his focus was on earning a degree in Business and Accounting. He then began working part time in the office with billing and payroll to help run the family business, Mullin Trucking.

Michael had been a very successful diabetic in the previous 10 years. Both of his grandfather’s had been diabetics as well. He learned much from them, and was very disciplined and committed to his health. After the seizure in January, Michael’s body never really wanted to cooperate. It was a daily struggle, and he and his family were working to help him through those challenges. After Michael’s passing, he was able to help others with the ultimate gift of life through organ and tissue donation.

Welcoming Michael home in heaven are his grandparents, Gary and Karen Anfinsen and Dick Mullin; as well as his loving Aunt Marlys and Uncle Jim.

A private family service will be held. Memorials are preferred and will be distributed in Michael’s memory. Memorials can be sent in honor of him to Ballard-Sunder Funeral and Cremation 104 West First Street, Jordan, MN 55352 and will be passed on to his family.

Ballard-Sunder Funeral and Cremation proudly served and cared for the Mullin family.

Offer Condolence for the family of Michael James Mullin