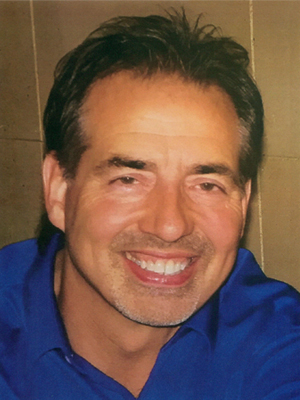 A celebration of life will be held on Sunday, August 29, 2021 at Stanton Airfield (1235 Highway 19 Boulevard) in Dennison, MN. A time of gathering will begin at 12:30 PM, with a funeral service at 2:00 PM, followed by a lunch in the airplane hangar. Pastor Dan Poffenberger presiding. Memorials are preferred and will be distributed in Mike’s memory by the family. Family and friends who can’t attend in-person are invited to stream the service at the following link: Michael Corgiat Funeral Service (Meeting ID: 820 5255 7159 / Passcode: 910225).

Michael David Corgiat was born on August 5, 1960, in Milwaukee, Wisconsin to Elden and Marion (Meyer) Corgiat. He graduated from West Allis Central High School in 1978. Mike worked at Borden Dairy for over 10 years.

Mike married Pamela (Verban) in 1987. The couple moved to Minnesota so Mike could chase his dream of working for Northwest Airlines, and they had their daughter, Katie, in 1992. Mike remarried in 2003 to Gaye (Gravel), and the couple settled down in Lakeville, Minnesota.

Michael’s airline career spanned 31 years, with him holding various below-wing training roles at Northwest Airlines, Regional Elite, and Delta Airlines. He was an active member of EAA and the Rich Valley R/C Club. Every year, Mike volunteered his time at Oshkosh Airshow in Oshkosh, Wisconsin, as part of the Helicopter Operations Volunteer Crew. Aviation was truly his lifelong passion. Michael was also a volunteer firefighter on the Lakeville – Station 3 Fire Department from August 20, 2002-March 1, 2008.

The Corgiat family would like to extend a heartfelt thank you to Mike’s outstanding medical care team during his journey: Mike’s oncologist, Dr. B. Kumar, nurse, Angie, and the entire nursing staff at Fairview Cancer Center – Edina. We would also like to express appreciation for the excellent care teams at Fairview Southdale Hospital Station 88, AseraCare Hospice, and Recover Care.

Offer Condolence for the family of Michael David Corgiat