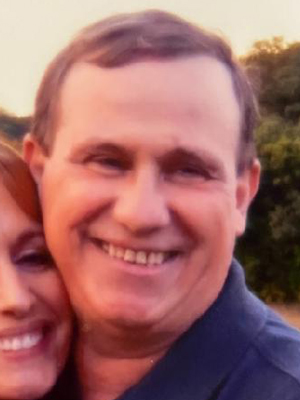 Merle Elmer Theis, age 60, of Shakopee, MN, passed away on Thursday, November 4, 2021, from COVID-19, at the University of Minnesota Hospital, in Minneapolis, MN.

Merle was born to Dorothy and Elmer Theis on May 4, 1961 and was raised on a farm in Marystown. He was a very hard worker and proved to be quite Ingenious at problem solving from a very young age. Merle’s spatial abilities were off the charts and his knack for fixing the unfixable gained him much loyalty among his employers, his family, and his friends. It seems EVERYONE has a Merle story of how he helped them out. Whether it was to fix something, advice on a purchase, or a computer technology question, he typically had a good answer, or at least a long-drawn-out opinion full of technical terminology enough to make your head spin.

Merle gained this same recognition at Hennepin Tech, where he graduated with honors with an associate degree in Applied Science and Network Administration Analyst in 2005. Merle was on the National Dean’s list and belonged to Phi Theta Kappa Society.

Merle met his wife Kris when he was in his early 20s and that was it – they have been soulmates ever since. Married in 1992 in the mountains of Wyoming, they have had a wonderful life together, starting out in downtown Shakopee, moving to Eden Prairie for several years, and then back to Shakopee, buying the home that Kris grew up in where they have lived the last 19 years. Merle made many improvements in the homes they lived in, a perfectionist and getting “wows” from all who visited. He had an eye for design and incredible vision for the potential of spaces, whether a run-down room or an empty plot of land.

Merle loved working at Shutterfy, where he was well respected as THE “Go To Guy” in all departments and made many friends there. Merle was a gun enthusiast, loved feeding birds in the back yard and enjoyed riding his motorcycle with Kris.

Kris and Merle loved to travel and have been on many fabulous trips. Their first major destination was to Italy in 2008 and they loved it so much they went back again a few years later. Paris was another favorite international trip in 2015. Ireland was on the docket but was unfortunately planned for spring of 2020 so was not to be. Domestic travel included Colorado, Utah, and Northern California.

Offer Condolence for the family of Merle Theis