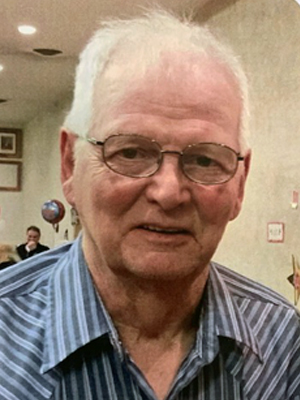 Maurice Bjorgan, 79 of Jordan, MN, formerly of Red Lake Falls, MN, passed away on Tuesday, November 19, 2019, at Riverview Hospital in Crookston surrounded by his loving family.

A Memorial Service will be held on Monday, November 25, 2019, at 11:00 AM, with a visitation one-prior, at Shepherd of the Lake Lutheran Church 3611 North Berens Road NW, Prior Lake, MN. Burial will be held at Oak Grove Cemetery near Red Lake Falls at a later date. Additional services were held at Bethany Lutheran Church in Red Lake Falls, MN, with Pastor Diana Hunstad presiding.

Maurice Jerome Bjorgan was born on July 17, 1940 in Gary, MN, son of George and Hildegard (Krueger) Bjorgan.  When he was three the family moved to the farm near Ulen, MN. He was raised near Ulen, MN where he attended school graduating in 1958.

Maurice entered the US Army on January 29, 1959 and served his country, stationed in Germany until his honorable discharge on January 28, 1965. Following his discharge, he returned home and worked with his Dad and brothers in carpentry.

On June 2, 1962 he was united in marriage to Helene Seykora at Aspelund Lutheran Church in Flom, MN.  They moved to Red Lake Falls in 1962 where he began working at Detroiter Mobile Homes in Red Lake Falls. To this union four daughters were born Maureen, Gayleen, Michelle and Lynelle.

On December 29, 1990 he was united in marriage to Diane Lutz at Bethany Lutheran Church in Red Lake Falls, MN.  Two daughters, Jamie and Tracy and one son Matthew also joined the family.

He worked at Detroiter Mobile Homes until 1986 then worked for Marlin Matheny hauling, blocking and setting mobile homes until 1994.  At that time, he began working for Tri Valley Opportunity Council in the weatherization program.   He was then employed at Digi Key until his retirement in 2002.  Throughout the years he was employed by the Red Lake Falls school district as a part time bus driver.  He enjoyed driving bus trips particularly when his children were on the bus.  After his retirement from Digi Key he drove a regular bus route until 2008 when they moved to Prior Lake, MN where he continued to drive school bus. In 2012 they moved to Jordan where they were currently living.

Maurice enjoyed fishing, watching the Minnesota Wild Hockey team, working with his hands, and tinkering around and camping, particularly out at Ullands Campground.  He was an active member of the American Legion, was Legion Commander and Gambling Manager.  With his girls he was an active Girl Scout Leader and was Cookie Chair for many years.  He was active on the Red Lake Falls ambulance, with the Jaycees and served on the Red Lake Falls city council for many years. He loved and cherished the time spent with his family especially the grandchildren, and great-grandchildren.

Maurice is preceded in death by his wife, Helene; parents; brother, Dennis; sisters-in-law, Cathy and Eileen; brothers-in-law, Lyle and Warren.

Offer Condolence for the family of Maurice Bjorgan