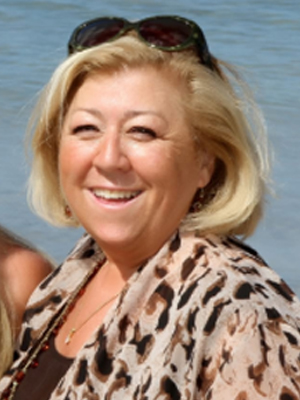 A Celebration of Life will be on Friday, October 18, at 7 pm, with a time of gathering starting at 4 pm, at Ballard-Sunder Funeral and Cremation, 4565 Pleasant Street SE, Prior Lake.

Mary was born on August 4, 1953 in Stevens Point, WI, the third of four children to Robert and Joan (Gristock) Lange.  She grew up in Rocky River, OH attending Catholic school and graduated from Magnificat High School in 1971.  She attended the University of Cincinnati earning her English Teaching Degree in 1975.  After raising her children, Mary went back to school and received a master’s degree in Law Librarianship from the University of North Texas while working full time as the Scott County Law Librarian.

As the Scott County Law Librarian, Mary was passionate about her job and put her heart and soul into assisting families.

Mary loved being a wife, mother and grandma (Gaga). She met the love of her life, Mark Freyberg, while they both worked at Cedar Point Amusement Park. Mark and Mary were married on August 16, 1975, at St. Angela Merici Catholic Church in Fairview Park, OH.  They relocated to Minnesota in 1979, due to Mark’s job transfer to Valleyfair in Shakopee, MN.  In 1988, they purchased a home in Prior Lake, where they raised their children, Jaron, Jessica and Jonathan.

Family was most important to Mary, she was the heart of the family. She enjoyed boating, visiting family and friends. Mary was an amazing cook and baker. She loved spending time with her grandchildren in the kitchen, decorating her home, entertaining, her dogs, her granddogs and life on the lake.  Through the years, Mary had a close-knit group of girlfriends and a special connection with the Doves. All these friends supported each other during times of joy and sadness.

There to greet Mary in heaven are her parents, Robert and Joan Lange.

Ballard-Sunder Funeral and Cremation proudly served and cared for the Freyberg family.  www.ballardsunderfuneral.com

Offer Condolence for the family of Mary Freyberg