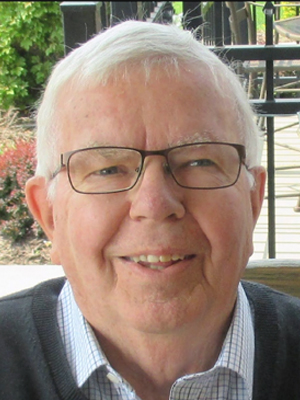 The Frederic Wisconsin Hospital announced the birth of Lyle Anderson on March 5, 1938. He arrived at his Trade River Farm and was welcomed home by his sister Darlene. Lyle loved farm life. He attended the Trade River one-room school through the 8th grade. He attended a small country church nearby, where he invited Jesus into his life. He was baptized in the waters of the Trade River near his home.

His parents, Alton and Ruth Anderson, moved to Minneapolis where Lyle treasured his high school years at the Minnehaha Academy. He participated in sports and enjoyed the music classes that were offered to him. He sang with the Minnehaha Singers and joined the Minneapolis Choralairs after his high school days. While singing with the Minneapolis Choralairs, Lyle had the privilege of touring with the choir in Europe. He attended Augsburg College and was a participant in their choir. In 1960, Lyle joined the Army National Guard.

For 31 years, Lyle worked for Northwest Airlines as a Reservation Supervisor. After retirement, he found himself employed at MSP airport for an additional 20 years transporting passengers!

Lyle met the love of his life, Alice, when both of them were attendants in the same wedding. They were married for 61 wonderful years. Lyle and Alice were blessed with three children. Their first family home was located in Moorehead, Minnesota where Lyle worked for Northwest Airlines in the reservation area. When Lyle wasn’t working, he could be found participating in bowling and softball leagues or singing with various groups. It was here when he started leading Sunday Worship services. Lyle and his family enjoyed many camping trips; airline privileges made it possible to travel to amazing places.

Lyle was eventually transferred to the Minneapolis Northwest office and moved his family to Prior Lake. They have been here for the past 51 years. Lyle gave back to the community by serving on the Prior Lake Fire Department for 20 years; 15 of those years he spent as the Assistant Chief. He was involved in Christian music ministries and directed the choir for several years at Trinity Evangelical Free Church.

Lyle was preceded in death by his parents, Alton and Ruth Anderson, and his sister Darlene Jorgensen.

Offer Condolence for the family of Lyle Anderson