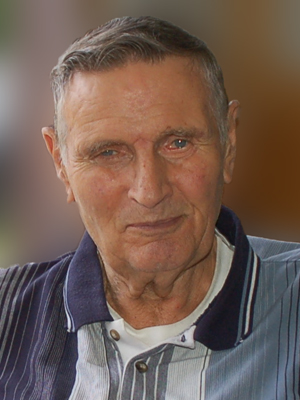 Leroy Melvin Bohnsack, a lifelong resident of Prior Lake, passed away peacefully at his home at the age of 81.

A visitation was held on Friday, February 12, 2021 from 4:00 – 7:00 PM at Ballard-Sunder Funeral & Cremation (4565 Pleasant St SE) in Prior Lake. Funeral service was Saturday, February 13, 2021 at 2:00 PM with a visitation 1-hr prior at St. Paul’s Lutheran Church (5634 Luther Rd. SE) in Prior Lake. A recording of the service is available at the following link: Leroy Bohnsack Funeral Service.  Leroy will be laid to rest at Spring Lake Cemetery with Pastor Greg DeMuth and Pastor John P. Vaughn presiding. Pallbearers will be Leroy’s sons and his brother.

On June 26, 1939, Leroy was born to Melvin and Emma (Hartwig) Bohnsack at the Swedish Hospital in Minneapolis. Growing up in Prior Lake, Leroy always found a bit of mischief with his little brother Don. Such events included using a tractor to yank out Don’s baby teeth, to trapping muskrats on Mud Bay. However, it wasn’t always fun and games. At a young age, Leroy began work as a farm hand and continued after his graduation with the class of 1957.

An industrious man, Leroy initially partnered with Gordy Hennen in 1959 to start a career in excavation. This later grew into a family business with Leroy’s sons, becoming Bohnsack Excavating. For over 50 years, Leroy was a respected and trusted businessman in Prior Lake.

On August 12, 1961, Leroy was married to Karen Meyer at St. Paul’s Lutheran Church. They were blessed with five children and 48 years of life together. Leroy took pride in his work and his family, teaching his children the importance of working hard and having fun.

After Karen’s death in 2009, Leroy dedicated more time to his grandchildren. He was a proud grandpa, attending countless sporting events, giving thoughtful gifts, and encouraging them in every aspect of life.

No matter the season, Leroy always stayed active. From a young age, Leroy was an avid baseball fan. He is instrumental in starting the Prior Lake Jays and also served as a board member on the Prior Lake Amateur Baseball Association. If he wasn’t at work, Leroy could be found cheering on the Mudcats and Jays. He enjoyed snowmobiling in the mountains, four wheeling, and spending time with his family at the cabin in Wisconsin.

Leroy was a man of few words, however, when he did speak, he was easily misunderstood due to his signature mumble. He had a good sense of humor, strong faith, and a deep appreciation for his family and friends. If you were to ask anyone about Leroy, they would have a story to share. He will be deeply missed by all.

Leroy is greeted in Heaven by his wife, Karen; parents; and infant brother, Wayne.

Offer Condolence for the family of LeRoy Melvin Bohnsack