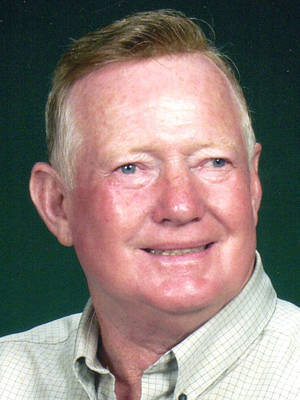 A visitation will be held on Monday, May 27 from 4-7PM, with prayers provided by the Knights of Columbus at 6:45PM at Ballard-Sunder Funeral Home, 4565 Pleasant Street SE, Prior Lake. A Mass of Christian Burial will be Tuesday, May 28 at 11AM with a visitation one hour prior, at St. Michael Catholic Church, 16400 Duluth Avenue SE, Prior Lake. Father Tom Walker will preside. Military honors will be provided by the Prior Lake VFW Honor Guard. Leroy will be laid to rest at Shakopee Catholic Cemetery, Shakopee, MN.

On May 27, 1934, Leroy was born in Credit River at the cabin. In his youth, Leroy spent much of his time outdoors, either working at the farm or hunting. Assisting at both the Farrell and Schneider farms taught Leroy the value of hard work. He attended the local county school, where Leroy was paid a meager monthly wage of 25 cent to start the woodfire each morning.

Leroy served during the Korean War in the United States Army. After his honorable discharge, he returned to Minnesota and began working at Cargill. For over four decades, Leroy was employed at Cargill Inc.

At a party, Leroy was introduced to Betty ”Bets” Schmitz. They began dating and exchanged wedding vows on January 11, 1958, at the Church of St. Mary in Shakopee. This union was blessed with many wonderful years together and focusing on raising their five children, Cindy, Jody, Rick, Jeff and Brian.

The family first lived in the Shakopee area, where Leroy and Bets worked together raising animals on the hobby farm.  In 1998, they moved to Prior Lake. Through the years, he shared his love of the outdoors with his family. They enjoyed picnics, camping, swimming, snowmobiling, and best of all…being together. In later years, Leroy loved to pontoon and go fishing on the lake with family, listen to music and playing cards. He also enjoyed building birdhouses and most of all go dancing. Leroy was always the life of the party and had a great sense of humor.

After Bets’ early death on October 29, 1999, Leroy relied on his faith to persevere. He instilled his strong faith in his children as well. Leroy became especially focused on the Virgin Mary and all of her blessings. He relished being able to take a few of the family members to Megjugorge.

Ballard-Sunder Funeral and Cremation proudly served and cared for the Farrell family. www.ballardsunderfuneral.com

Offer Condolence for the family of Leroy Francis Farrell