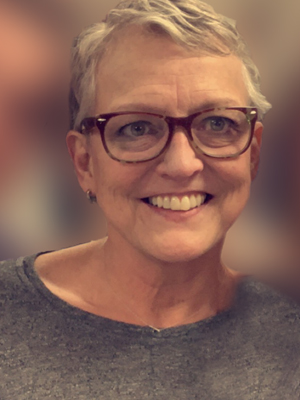 Laurie Weber, age 57, of Prior Lake, passed away August 8, 2020 after a very long and courageous battle with cancer.  Laurie will be missed by all who loved her.

Following the visitation, Laurie’s Celebration of Life will be held at 6PM outdoors at her home, 16221 Creekwood Circle, Prior Lake. Friends are invited to remain following the service for continued remembrance of Laurie.

Masks are required and social distancing must be practiced throughout the services.

On January 26, 1963, Jerry & Sharon (Murphy) Painter celebrated the birth of their daughter, Laurie Diann Painter.  Laurie loved growing up in Cameron, IL with her brother, David.  As a girl, Laurie was very active.  She played volleyball, ran track and was a cheerleader.  Laurie attended Warren High School and graduated in 1981.

In 1984 Laurie’s beloved father passed away suddenly.  This was an extremely hard time for Laurie, and she was ready for a change.  Laurie moved to Minneapolis to seek more job opportunities.  Upon arriving, Laurie was welcomed into the home of her aunt and family.  Being fiercely independent and self-sufficient, Laurie’s strong work-ethic launched her into the work force.  She had a job and an apartment after only a few months.

When Hallmark Electronics was acquired by Avnet, John Weber came to town to help with the transition.  Laurie and John met at work and the rest was history.  They were married and then settled in Savage to raise their family.  They were blessed with two wonderful children, Emily and Blake.  The Webers spent eighteen years in their family home.  It was very important to Laurie that her kids have the same stability she enjoyed as a child.  She wanted them to spend their entire childhood at one address.  Laurie truly loved the Edgewater Drive community and the big family feel it provided.  Along the way, Laurie and her family made many lifelong friends.

Laurie loved being a mom and showered her kids with love.  Laurie extended this love to her niece and nephews, as well as all of Emily and Blake’s friends.  The Webers had the “fun house.”  Laurie’s pantry was the neighborhood cupboard.  She kept it fully stocked with dozens of different snacks and drinks for the kids.  She made sure to make everyone feel welcome and at-home.  These are some of the reasons  why she was a second mom to so many.

As the kids grew, Laurie and John were busy with all of Emily and Blake’s activities.  Laurie always put her kids first.  As a family, they took many vacations and made great memories.  No matter what they were doing, the Webers loved being together as a family unit.  They were at their best when they were together and supporting each other, never missing an event.  Family was the most important thing in Laurie’s life, and this went beyond just her immediate family.  Laurie’s mom and brother meant the world to her.  Even though they were back in Illinois, Laurie maintained an incredibly close relationship with them.  They were together for every holiday and all of life’s important moments.

When Laurie wasn’t working or taking care of the kids, she enjoyed interior design and improving her home.  Although she claimed she wasn’t creative, Laurie always had “the vision.”  Laurie’s social life was also very important to her.  She loved entertaining in her home and having a good time.  Laurie’s big smile was her trademark and radiated positivity.

In April 2016, the Weber family’s world was turned upside down when Laurie was diagnosed with Pancreatic Cancer.  She battled this aggressive disease for 4 ½ years.  Laurie went through many difficult surgeries and countless rounds of chemotherapy.  Although this took a toll on Laurie both physically and emotionally, she was always so grateful for the extra time she got to spend with her family.

While fighting her own personal battle, Laurie refused to turn inward.  Laurie continued to care deeply for her family and friends.  The way she loved everyone with her whole heart was inspiring.  In an effort to support Laurie, John created LoveLikeLaurie.com.  The support that Laurie received through this website was truly incredible.  Then, in November 2019 Laurie’s friends organized a benefit in her honor.  The funds raised from the benefit allowed Laurie to take one last family trip with the people she loved most.  The Webers visited La Jolla, CA in February 2020.  Laurie greatly appreciated this amazing gift, and her family will always cherish their memories.

Throughout her life, Laurie showed others what it means to love with everything they have.  Her favorite phrase was “I love you bigger.”  She was a true warrior and lived selflessly.  Laurie’s legacy will live on forever in the hearts of her family and friends.  She will be remembered always by her loving husband, John Weber; children, Emily Weber and Blake Weber; mother, Sharon Painter; brother, David Painter; nephews and niece, Daniel (Tera) Painter, Matthew Painter and Ellie (Mike) Haynes; other loving relatives and many dear friends.  Laurie was greeted in Heaven by her father, Jerry Painter, and her grandparents.

Offer Condolence for the family of Laurie Weber