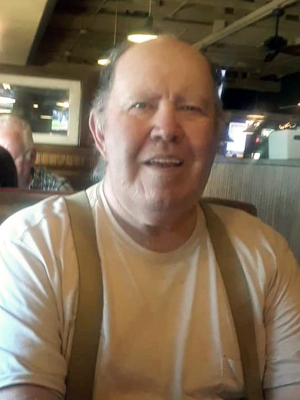 On February 20, 1948, Larry was born to parents Dean and Verena (Mechtel) Smith in Shakopee, MN. Larry was the second of 5 children for the Smith family. Summers for Larry were spent helping his grandparents at the Mechtel’s farm. There, he helped take care of the dairy cows and the crops. When Larry wasn’t working on the farm, he attended Shakopee High School where he would later graduate from. While in school, Larry was on the wrestling team and made it to the State Tournament.

Larry’s friend Gary asked him to go on a blind date with him and two girls from New Prague. The date didn’t go well, but the other girl caught his eye, Diane. He was able to get Diane’s phone number. After many missed calls, Diane finally answered and the beginning of a 55-year relationship was set into motion. Their marriage would have to wait, as Larry was deployed for active service to Germany. He spent two years overseas and received the best gift he could imagine when he returned home. On August 28, 1970, Larry and Diane were united in marriage. Their family quickly grew with the addition of their two daughters; Naomi and Keri.

Larry developed a love of working on machines at a young age and turned that passion into a career. Most of his working career was spent working on heavy equipment and finding new and creative ways to improve what he was working on. One such advancement he made is known as the Hydra Feed which was a component that made it easier to work on the joints of heavy equipment. Larry not only worked on heavy equipment, he also was an expert craftsman with woodworking and other, smaller projects. He created a fleet of 12 rocking horses for his grandkids and Godchildren, a kettle corn maker made from an antique apple butter kettle, and he designed and helped build his own lake home. But his specialty was working on Circular Sock Knitting Machines. His expertise on these machines had people from around the country seeking him out and asking for help. He was known as Gearhart Louie nationwide. When he wasn’t tinkering, Larry and Diane enjoyed taking weekend motorcycle trips on the Harley, boating on their lake, and looking for the best antiques.

Larry is preceded in death by his Parents, Dean and Verena (Mechtel) Smith; Brothers Alvin Smith and Terry Smith; and his Cat, Buddy.

Offer Condolence for the family of Larry Smith