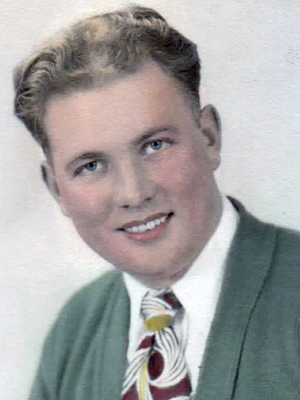 Larry Burgess, age 97, of Shakopee, MN, passed peacefully on Wednesday, December 2, 2020, at The Legacy of Farmington, in Farmington, MN.

A private family service will be held honoring Larry. He will be laid to rest at the Shakopee Catholic Cemetery. Condolences cards can be addressed to the family and mailed to Ballard-Sunder 104 West First Street, Jordan, MN 55352, to be distributed to the family.

Lauren Clair was born on May 13, 1923, in Fairmont, MN, to Lauren Clair and Stella Caroline (Hillestad) Burgess. He proudly served in the United States Navy. Larry married Virginia “Jean” Marie Dols on September 7, 1948, in Shakopee, MN. They were blessed with six children.

Offer Condolence for the family of Larry Burgess