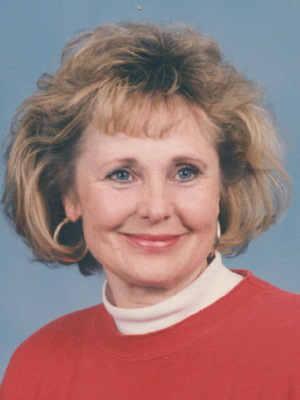 Kathleen (Kay) Hartmann, age 81, of Jordan, MN, died peacefully in the presence of her family on November 19, 2020. Her influence as a mother, grandmother and great-grandmother, sibling and friend will be cherished. Nothing lit up Kay’s life more than when her children and grandchildren were around. They truly were her heartbeat and her legacy will live on through them.

Kay was born November 13, 1939, in St. Paul, MN, to Leonard and Evelyn (Ryan) Seifert. She was raised on the family farm with four brothers and three sisters in Helena, Township. At 15, Kay, attended a dance at Mertz Hall, in Jordan, and always maintained she “fell in love at first sight” with Gilbert (Gil) Hartmann. Kay and Gil, both literally and figuratively danced their way through life. It was common for them to dance three days a week in the early years. While Gil was in the Navy, Kay wrote to him every single day. They were married on July 1, 1958, at Saint John the Baptist Church in Jordan, MN. Gil and Kay had five daughters and one son.

Kay’s interests were all nurturing and caring by nature. Those who knew her best saw her as the life of the party who was always good for a practical joke. Kay and Gil loved to entertain friends and family.  She was a professional at hostessing parties. She loved her friends and her friendships were many and long lasting. Those who called Kay “friend” ranged in all ages as she had a young and timeless soul and playful personality. Her most recent friend group was endearingly called “The Beetles” and she was “Mama Beetle”. She would go to the moon and back for them.

Kay was actively engaged in the community. She lived life out-loud. Kay was a Community Theater member in her early years and had a flair for drama. She was an avid singer at her church and amongst her family. Kay belonged to the Be-frienders Group, the Women’s Card Club, the Charter Lioness Club, New Prague Queen of Peace Auxiliary, and the JCCW (Jordan Council of Catholic Women). Kay was a left fielder for the Red Owl softball team and played until she was 40 years old. She was known as “the vacuum” because it was rare she would miss a catch.

Kay had an entrepreneurial spirit. She held an annual garage sale which people attended in droves. At her local church festival, she started the Coffee and Donut booth with her friend, Jan. She also used her creative talent and started a Jewelry Booth at that church festival that continues to this day.

Kay and Gil loved spending hours and hours at French Lake. She had a very green thumb, everything she touched flourished. She loved working outside with her flowers and burning brush at their lake home. Before they purchased the cabin, they spent a few winters in Florida, took vacations to Oregon to see family, and often took cruises with friends. One of her most cherished trips was to Jerusalem.

Kay’s love language was Acts of Service. Her family is most proud of her over 40 years in the medical profession. She worked at Queen of Peace Hospital, Jordan Medical Clinic, and New Prague Medical Clinic where her caring and compassionate nature shined. She gave and gave and gave to her family, friends, and community. She gave back to her church by cleaning the home of many priests. If a friend was sick, Kay was there with a plate of cookies or a hot dish.  Words that come to mind to describe Kay are empathetic, genuine, thoughtful, smart, creative, giving, faithful and fun.

She will be greeted with open arms by her only son, Timothy John; brother, Jim Seifert; parents, Leonard and Evelyn; parents in-law, Joseph and Susan Hartmann; and brother in-law, James Hartman. When she enters heaven many more friends and loved ones better be ready to dance!

A celebration of life ceremony will be held at a later date.

Offer Condolence for the family of Kathleen “Kay” Hartmann