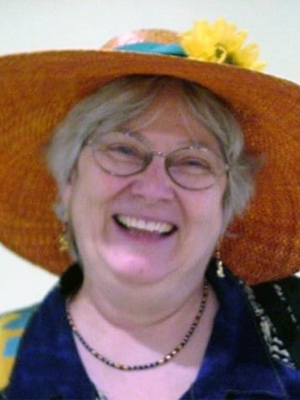 On Sunday, December 5th, Karen Rae Mord of Savage, MN passed away at St. Francis Hospital in Shakopee, MN at the age of 84.

A visitation will take place on January 22nd from 9am-11am at Bridgewood Church in Savage, MN with the funeral service following at 11am.

On September 6th, 1937, Karen Rae Mord was born an only child to her parents Floyd and Dorothy Bergman of Beresford, South Dakota. From a very young age, Karen had a deep appreciation, love and talent for music. She eagerly awaited the delivery of a piano to her house after World War Two and she started lessons as soon as she could. When she was 13, Karen knew that she was going to be a music teacher. She graduated from Beresford High School and went to Augustana college to pursue a degree in music.

While attending Augustana, Karen had a side job cooking in a house for 9 college men. Her future husband, Gale, was friends with the men and it was there that they met and began dating. Gale joined the Army after receiving his college degree so much of their dating was done through letters. When Gale finished army language school in Monterey, California he and his fellow classmates headed back east and instead of going to his parents house in South Dakota he went to see Karen where she was teaching elementary music in St. James, MN. He asked her to marry him and the pair eloped on May 26th, 1960 at St. James Lutheran Church. The newly married couple went back home to tell their surprised parents. Two weeks later Gale was sent to his duty station in Hokkaido, Japan. Karen joined him shortly after and they lived there for two years and had their first child. After returning to the states, she worked for Honeywell in Minneapolis while Gale added a teaching degree to his education at the University of MN. They then moved to Prior Lake where she substitute taught music in the school district before starting her own private music lesson business. She also played the organ and directed choir at Shepherd of the Lake Lutheran Church. At her busiest, she taught nearly 70 students in voice and piano. She touched the lives of hundreds of students over the years. She taught choir and music lessons at Bethany Academy to help put her three children through school there. Karen was heavily involved in the Minnesota Music Teachers Association and for fun, a group of music teachers in the Twin Cities named Musicians and Friends In Agreement, or MAFIA for short.

When Karen wasn’t teaching others about music, she loved spending time surrounded by the arts. Orchestra Hall was one of her favorite places to be, she would always get season tickets. Karen’s interests were not limited to only music. She had many vast collections with hats, dolls and frogs her favorites. Her favorite saying was F.R.O.G. – Fully Rely On God.

Anyone one who knew Karen knew she was a compassionate, extravagant woman. Fighting for the underdog she helped many people along the way, often taking them into her home. She loved the Lord fiercely and shared His love with all those she came in contact with. Karen endured many health problems over the years but like the Energizer Bunny, she kept going and going. Then on December 5th, 2021 the Lord called her home in the presence of her family at St. Francis Hospital in Shakopee, MN.

Offer Condolence for the family of Karen Rae Mord