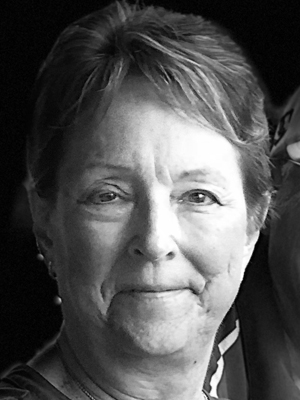 Judy Thompson, age 73 of Prior Lake, passed away with her family at her side on January 9, 2019. A visitation will be held from 4-6PM on Monday, January 14, 2019 at Ballard-Sunder Funeral Home, 4565 Pleasant Street SE, Prior Lake. A funeral service will be held on Tuesday, January 15, 2019 at 11AM with a visitation 1-hour prior, all at Shepherd of the Lake Lutheran Church, 3611 North Berens Rd. NW, Prior Lake. Judy will be laid to rest at Dawn Valley Memorial Park, Bloomington.

On July 30, 1945, parents Emil and Dorothy (Kaminski) Dvorsky celebrated the birth of their daughter, Judith Ann Thompson. She was the second of three children and was raised in Richfield.

Following her graduation from Richfield High School in 1963, Judy entered the workforce fulltime. She worked at Dayton’s, Twin City Federal Bank, and Northwest Airlines. In 1987 Judy went to work for Piper Jaffray, took the Series 7 exam and became a licensed broker and securities trader. After 17 years, Judy retired from Piper in 2004.

During high school, Judy worked at Bridgeman’s Ice Cream Parlor along with an Edina high schooler, Robert “Bob” Thompson. As Judy would often say, it was the love story of “a bus boy and a carhop.” After dating for three years, they exchanged wedding vows April 23, 1965 at the Navy Chapel in Millington, Tennessee. This union was blessed with a wonderful family and 54 years together.

In 1976, the family settled in Prior Lake. Judy was a wonderful mother. She attended every sporting event and was supportive of her children’s activities. Judy was a proud grandmother! She would travel far and wide to encourage their interests. A constant presence at Prior Lake baseball and softball games, Judy cheered on all the players not just her grandchildren. When she travelled to Atlanta to visit, she always hoped to catch the “twins” at one of their activities.

The family enjoyed traveling. They took fishing trips up north or road trips across America. Along with Judy’s sister and her family, they took yearly ski trips to Colorado. A family outing wasn’t complete without board games and puzzles. Judy and Bob traveled to many places—Hawaii, Korea, Japan, England, Italy, France, Switzerland, the Panama Canal, both the US and British Virgin Islands. With friends, the couple vacationed in Mexico, St John’s in the USVI and wintered in Florida for the last 12 years.

An organized woman, Judy kept a holiday schedule to ensure her family could be together. Christmas was her favorite holiday! She sewed Christmas stockings, made pierogies, and took the girls dress shopping. Judy had many hobbies. She enjoyed oil painting, sewing, playing mahjong and cards with friends, golf and reading.

Not only was she greeted in Heaven by her father, Emil, but we were lucky enough to secure the plot next to him in Dawn Valley Memorial Park.

In lieu of flowers, memorials are preferred and will be distributed by Judy’s family in her memory.

Offer Condolence for the family of Judy Thompson