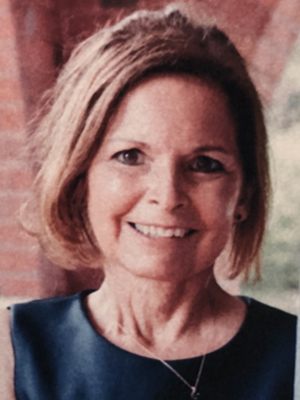 Judith Aarsvold Indrelie, age 63, of Waconia, MN, passed away on September 6, 2020 after a

She was born to Jacob Henry and Lina Mae (Patterson) Aarsvold on January 31,1957, at St.

Mary’s hospital in Rochester, MN. She graduated from Kasson-Mantorville high school in 1975.

In 1979, she received a double major from Winona State College in psychology and sociology/

social work. The following year, she earned a Master’s degree in Clinical Psychology from St.

and hope to all who sought her help. She touched the hearts of many, both professionally and

socially, enriching the lives of all who knew her.

She was able to find goodness and beauty wherever she looked, and by doing so made the

world a better place. Her kindness, her warmth, her smile, her laughter were infectious making

those around her feel lighter and more joyful.

through this life with her.

Judy was preceded in death by her parents, Jacob and Lina Mae, and by her brother, Michael.

Due to the Covid-19 pandemic, a celebration of her life will be planned for a later date. Instead

of flowers, Judy prefers donations to the Wildlife Rehabilitation Center of Minnesota, Roseville,

Offer Condolence for the family of Judy Indrelie