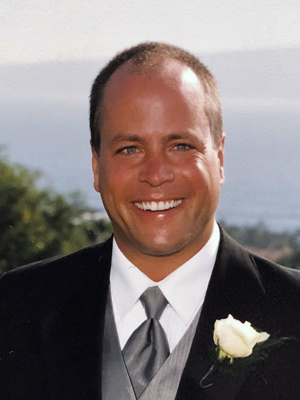 Jonathan William Schmidt, of Prior Lake, passed away unexpectedly June 29, 2020 at the age of 50. A gathering of family and friends will be held on Tuesday, July 7, 2020 from 4:00 – 6:00 PM at Ballard-Sunder Funeral & Cremation (4565 Pleasant Street SE) in Prior Lake. Visitors must wear face masks and are required to practice social distancing.

A service will be held at 6:00 PM. As an alternative, family and friends are invited to stream the service at the following link: Jon’s Funeral Service (Meeting ID: 949 7393 7447 – Password: 854171). Pastor Diana Hunstad will preside, and Jon’s sons will act as urn bearers.

On December 6, 1969, Curt & Deb Schmidt celebrated the birth of their son, Jonathan William Schmidt. Jon was one of three boys, and he loved growing up in Prior Lake with his brothers, Benjamin and Jacob. As a boy, Jon excelled at all sports. He was especially talented on the football field. After graduating from Prior Lake High School in 1988, Jon attended Gustavus Adolphus College in St. Peter. He was a very social guy and made lots of friends. Jon played football at Gustavus and was a member of the Reds Fraternity. He cherished his fraternity brothers and these friendships remained important throughout his life. Jon earned his bachelor’s degree in 1992.

Jon was always motivated to succeed. He began working in sales right out of college, and he never looked back. His outgoing and charismatic personality served him well in business. Jon spent most of his career working in the IT Security industry.

In 2002, Jon married Kristin Johnson. Their marriage was blessed with two wonderful sons, twin boys, Zackary and William. Eventually Jon and Kristin went their separate ways, but they continued to be loving parents to their boys. Jon considered Zack & Will to be his greatest achievements in life. When the boys were young, he loved coaching their sports teams and in later years he was their number one fan.

Jon was passionate about travel; he especially loved visiting new beach destinations. He was an avid scuba diver and never missed a chance to explore under the sea. Jon also loved socializing with the locals. He was so outgoing and made friends everywhere he went.

Jon was a compassionate and loving man. He will be deeply missed by all who loved him. Jon will live on in the hearts of his sons, Zackary and William and their mother, Kristin Schmidt; mother, Deb Schmidt (Paul Saba); father, Curt Schmidt; siblings, Benjamin (Vanessa) Schmidt and Jacob Schmidt (Melisa Siimon); grandmas, Arlene Schmidt and Jeanne Conrady; nieces & nephews, Josef, Anikah, Bodie, Bailey, Daphne, Autumn and CJ; other loving relatives and many friends. Jon was greeted in Heaven by his grandpas, Butch Schmidt and Harold Conrady.

Offer Condolence for the family of Jonathan William Schmidt