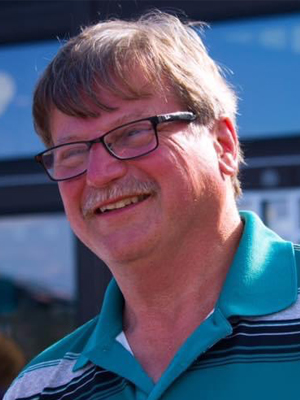 John Patrick Mullenmeister, 68, passed away at his home on October 30, 2021 after a two year battle with injuries stemming from a car accident.

John was born and raised in Faribault, MN. He graduated from Faribault High School in 1972 and briefly attended Mankato State where he studied anthropology. While in high school he met his future wife, Patricia Sartor. They married on August 2, 1980 and had two children, Daniel and Melissa.

John was incredibly hard working and started his own business, AJ Steam Cleaning, in 1978, which he operated up until his accident. He was proud of his work, and developed a strong reputation as being reliable and trustworthy. He liked connecting with people, and so many of his customers over the years became his friends.

John was an avid outdoorsman and loved to hunt and fish. He also loved making funny movies for family and friends, and being the videographer at family events. He was the life of the party and lit up a room with laughter. He never missed an opportunity for a prank or the chance to pass along his John-isms. And when his pig squeal came out, you knew it was going to be a good time. At his core, John was a loveable goofball with a heart of gold. He will be so deeply missed by all those that knew and loved him.

He was preceded in death by his parents Paul and Mary (Steppan) Mullenmeister; his brothers, Art and Mike Mullennmeister; and his nephew John R. Mullenmeister.

Visitation will be November 10, 2021 from 4:00-7:00 PM at Ballard-Sunder Funeral & Cremation (4565 Pleasant St. SE) in Prior Lake. Mass of Christian Burial will be on November 11, 2021 at 11:00 AM with a morning visitation from 10:00-11:00 AM at St. Michael Catholic Church in Prior Lake. Father Tom Walker will officiate. John will be laid to rest at Credit River Cemetery. There will be a live streaming of the funeral for those who cannot attend at: https://stmichael-pl.org/watch-mass.

Offer Condolence for the family of John Mullenmeister