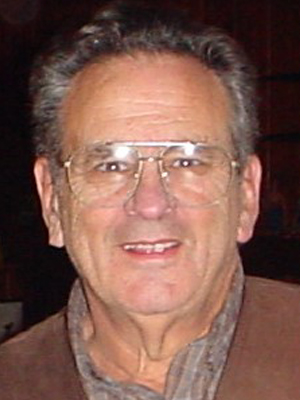 A time of gathering will be held on Friday, March 15, from 4-7 pm, at Ballard-Sunder Funeral and Cremation, 4565 Pleasant Street SE, Prior Lake and one hour prior to the Mass of Christian Burial on Saturday, March 16 at 11 am, at St. Michael Catholic Church 16400 Duluth Street SE, Prior Lake. Father Tom Walker will preside. Memorials are preferred and will be distributed in John’s memory, by the family.

John was born November 30, 1933 in New Orleans, La. to John and Alexina Cundiff.  He and his sister Jeannette spent many hours playing in and around Lake Pontchartrain.  They both enjoyed their mother’s cooking especially the jambalaya, gumbo, and crawfish bisque. He and his parents moved to Irvington, Alabama, where John graduated from Alba High School, Bayou La Batre in 1952. He went on to attend Auburn University earning a degree in Engineering Physics. He paid for college by shrimping, working on party boats and oil rigs. His early career included working at RCA, Georgia Tech and tracking missiles in the early space program. He commented that they were lucky to predict the ocean they would splash down in.

In 1964 while working for Control Data in Minneapolis he met Joan Risius, a Bloomington teacher.  They were married in 1965 spending their honeymoon in Puerto Rico where John was installing a computer at the Arecibo radio telescope.  There were moves from Fla. to Ca. to Texas.  Then the family, Teresa (3), Dan (6 weeks), and one Irish setter embarked on the adventures of living in Belgium, Israel and France.

Once back in the U.S. and living in Minnetonka, John worked for Control Data, Rorke Data, and Techware continuing to travel extensively while forming many lifelong friendships. He was able to resume his interests in fishing, boating, searching for golf balls, morel mushrooms and doing crossword puzzles. John was always willing to help anyone who asked.

Over the past several years dementia and diabetes took away John’s ability to enjoy his family and friends as he would have liked, but he kept his warm smile and infectious laugh. Many thanks to his devoted caretakers, Amanda and Troy Koster, Schultz family, Renee Linn and James Gaitney Parker who provided comfort and all the sweets he wanted. Thanks also to St. Francis Hospital and Allina Hospice for their part in John’s care.

There to welcome John home in heaven are his parents, John and Alexina Cundiff.

Offer Condolence for the family of John Lawrence Cundiff