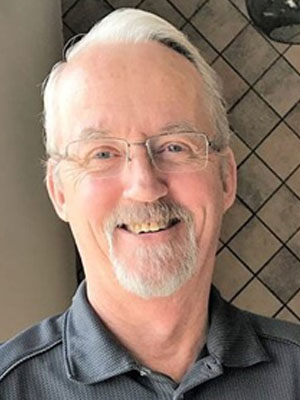 A funeral will be held on Saturday, May 4, at 11 am, with a time of gathering starting at 9:30 am at Friendship Church, 12800 Marystown Road, Shakopee, MN. Pastor Matt Clausen will preside. Full military honors following the service will be provided by the Shakopee Veterans Honor Guard.

On August 3, 1950 at the Portsmouth Naval Hospital, in Portsmouth, VA, John Edward was born to Virgil and Meryl (Sims) Kahler. Due to his father’s naval service, he and his older brother, Jack, lived in different parts of the country, before settling down in Colorado. It was here, John established a lifelong love for the outdoors and all its beauty. He spent countless hours hunting elk with his dad in the Colorado Rockies and fishing at Lake Dillion with his family.

In 1968, John graduated from Alameda High School in Lakewood, CO. He attended college for a short time and soon found this path was not for him. Following in his father’s military footsteps, John enlisted in the United States Coast Guard. He spent the next 23 years seeing the world. John was stationed in Alabama, Illinois, California, Oregon, Texas, New York and Iowa. He was also able to enjoy the beautiful landscapes of the Straights of Magellan, the North Pole and Antarctica, to name just a few destinations. Through John’s career, he was highly respected and a decorated individual. John retired from the Coast Guard in 1991.

Family was always important in John’s life. He had such a deep love and respect for his parents. The passing of his mother, especially impacted John’s life forever. He also had a special love for his daughters and grandchildren. John loved his home filled with family, especially at the holidays. He was very independent, particularly when it came to the kitchen. John relished preparing his special spaghetti dinner for them all to enjoy. Each daughter and grandchild had their own unique relationship with him, along with special adventures, memories and being showered with gifts.

John loved to cheer on his beloved Denver Broncos and Iowa Hawkeyes with friends, at his favorite corner table at Sports Fans Pizza in Bettendorf, IA with a “CC and Seven” in hand. John also enjoyed golfing, time at the gun range and grocery shopping. John would be most content watching the history channel, ESPN or the StarzWesterns channel while playing games on his phone.

A man of few words, John was also a man of strong character. He was selfless, forgiving and never judgmental. John was generous, intelligent and organized. He enjoyed telling stories of the past or sharing facts and findings of just about anything. John was a man of quiet faith and had a deep love for his family and his country!

John spent the last couple months battling lung cancer at his daughter and son-in-law’s home, in Jordan, MN. He found joy in each day watching the birds, deer and other animals from their living room window. Since his diagnosis in October John remained consistently positive often saying, “You gotta have fun!”

A heartfelt thank you is extended to the Genesis Healthcare System in Davenport, IA and St Francis Hospital in Shakopee, MN, for their care and compassion during John’s illness.

Offer Condolence for the family of John Kahler