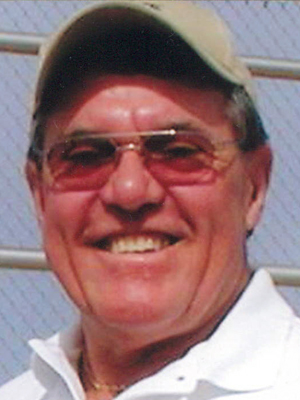 On July 21st, 1938, Albert and Agnes were blessed with their first child, John Albert Breimhorst. John was brought home to the Jordan farm where he would spend most of his childhood. He learned quickly that if you worked hard, you get to play hard after. When he was playing, he would often be in the woods near the farm hunting with his friends or playing a game of baseball. He played amateur baseball for Jordan Brewers and Marystown. John also loved to hunt and fish. If he found a secret spot where the fish were always biting, he might let you know which 5-county area it’s in. John attended St. John the Baptist Catholic School, graduated from Jordan High School, and received a banking degree at St. Olaf.

After graduating from Jordan, his first job was at Northwestern State Bank in Jordan. He started at an entry level position and worked his way to the Vice President role after 30 years of service. It was then time to find new work. John started working at Wolf Motors in Jordan as a sales associate and loved the camaraderie with his peers and enjoyed being there for his customers, where at times it was more of a social outing than a job. John enjoyed that position for over 25 years.

John met his future wife Wanda at a wedding back in 1970. Wanda was a bridesmaid in the bridal party and John was the bartender making sure everyone was having a good time. A little over a year later, the pair were married on September 11, 1971 at The Church of St. Peter in Richfield. John and Wanda were blessed with two children, Scott and Kelli. John enjoyed taking his kids up to Mille Lacs for ice fishing trips. He also loved to watch them play in whatever sports they were involved in, but baseball and softball were his favorite to watch. John always told his kids, “if your uniform is clean after the game, don’t come home.” Which was good for jerseys, but not so good for school clothes. Later in life, John and Wanda were blessed with five wonderful grandchildren. John’s day was made any time he got to see his grandchildren. Even if it was as simple as dropping them off at school, John just couldn’t say no to his grandkids.

John was lovingly referred to as a “serial volunteer” by his family. In his off time, it is most likely that he would be helping with one of the many local Church, service and civic organizations: The Jordan Commercial Club, Jaycees, Fish Lake Sportsmen’s Club, Jordan Lions, Firearm Safety (he was a class instructor for over 60 years), Knights of Columbus, SJB Church Usher, the Jordan Development Corporation, and the Jordan Snowmobile Club. Earlier in his life, his professional expertise and commitment to Jordan manifested in the JDC, developing property and facilities projects for our town. And John always found ways to help with one of his great passions in life: Baseball.

John has been an integral part of maintaining things outside the lines at the Mini Met, including helping to foster the community connected with baseball in Jordan. His heart was full coming home each night knowing that he finished some task at the ballpark. John was a co-chairman for several MN State Amateur Baseball Tournaments, as well as the point person for the MSHSL High School State Tournament every June. John devoted much of his life to making sure that players played on, and fans experienced one of the most beautiful townball parks in the nation. John’s reach in the baseball community goes well beyond Jordan. He is a 1999 inductee into the Minnesota Amateur Baseball Hall of Fame, largely due to the lifelong contributions to ensuring excellence for our MN Townball heritage. He was also a devoted fan and had a place up the left field line where you could often find him having a pop and taking in the game and the field. To all who follow in his footsteps as supporters of Jordan Baseball, he would want you to know (literally stated in his last few days) that he passed knowing things are in good hands and his legacy of service will live on.

Offer Condolence for the family of John “JB” Breimhorst