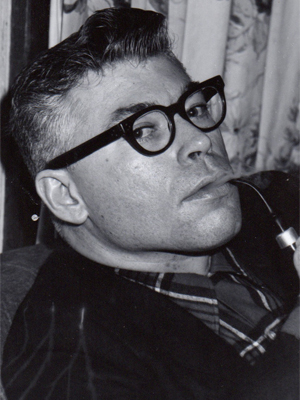 A Mass of Christian Burial will be held on Friday, October 11 at 11AM, with visitation starting at 9:30 am, at St. Michael Catholic Church, 16400 Duluth Avenue SE, Prior Lake. Fr. Tom Walker will preside. John’s grandchildren will act as pall bearers. A private family interment will be held at St. Catherine Cemetery, in rural Prior Lake.

John Bertram was born on May 28, 1932, in Minneapolis, MN, the only child to Bertram and Emma (Hicks) Ramsey. He grew up in South Minneapolis, where John attended public school. The Ramsey family loved spending summers at their lake cabin on Prior Lake (now the Family Home on Sunfish Trail), escaping the big city life. He relished walking one block to the railroad trestle (now called the Wagon Wheel Bridge), as John would anxiously wait for his dad to stop with the train to pick him up on his way to Montevideo. John relished giving the fireman a break and shoveling coal to feed the train.

It was in middle school, that John took a strong interest in music, especially with the trombone. While attending St. Thomas Academy, the music teacher identified him as a talented musician. This was the beginning of John’s musical life. He soon became the Band Commander and decades following took leadership roles in the music program at, Holy Angels, as the director of, The Graysons Dance Band, participated in the Tri-City Music Makers and spent over 10 years as the Choir Director for Resurrection Catholic Church, in Minneapolis. John took his musical talents and played for the Senior Commodores Big Band and as the First Trombonist with the Northern Winds Concert Band.

John graduated from high school in 1950 and furthered his education at Metro State University, earning a degree in Business Administration. From 1953-1956, John proudly served in the United States Army. Sergeant Ramsey earned a Citation Ribbon while in Japan, for his outstanding service in dual capacity as an instructor in and chief of the CW Intermediate Speed Radio Operator’s Course. Returning from the service, he spent 30 plus years as a Service Technician for Sears and Roebuck Co. John was persistent at his job and was great at solving any problem that arose for his customers.

Life was enriched meeting and marrying Iris Ann Spradley on September 20, 1954, at Camp Chaffee, in Arkansas. Iris made the difficult journey to Japan to be with her husband for the birth of their first child. Back in the states,they settled down in Minneapolis, where they raised four children: Stephen, Theresa, Guy and Christina. All of whom had their own children and grandchildren. John and Iris have eight grandchildren and four great grandchildren and have often said, “Look at all the love we have, we are so blessed”. As their children grew, John’s love for music was a big influence on their musical paths. The children were also fortunate to share and experience John’s childhood years spending summers at the family cabin, camping and boating. He and Iris eventually sold off some of the lots, while keeping a few of the original lots, which have been in the family since 1928. It is here, that John and his Thursday girl, of 65 years, have been living their remaining years.

John was always busy. Through the years, he owned and maintained multiple rental properties, headed cub scouts and helped raise his four children. John continued his love and adventures on the water. He became a certified United States Power Squadron in sailing and power boating. Captain Ramsey and his family enjoyed boating on the St. Croix River and later docking their Chris Craft Cruiser on the Mississippi River. They also enjoyed camping, especially to the North Shore. This love of the shorelines was even passed down and enjoyed with the grandchildren. He took great pride in his grandchildren. Rarely missing a performance that one of them had.

A generous, kind and caring man, with a great sense of humor, John will be forever missed and loved by:

Offer Condolence for the family of John B. Ramsey