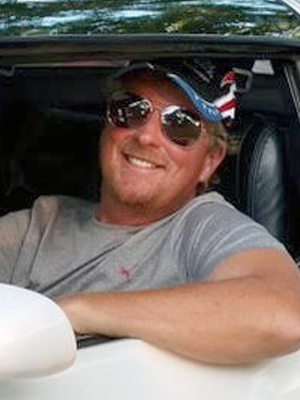 A public visitation will be on Thursday, May 6, from 9:30-11:30 am, at Ballard-Sunder Funeral and Cremation, 4565 Pleasant Street SE, Prior Lake, MN. A private family celebration of life will be held at 12(noon). Friends are invited to stream the service at the following link: John Robert Andersen Funeral Service (Meeting ID: 963 4789 0981 / Passcode: 233122). John will be laid to rest at a private interment, at Credit River Cemetery, in Prior Lake.

In New Prague, MN, John was born to Donald and Collette (Streiff) Andersen, on February 2, 1967. The youngest of six children, he was raised in the Credit River area, with siblings, Jerry, Jeff, Debbie, Patty and Mary. As a young boy, John spent countless hours playing in the sandbox. This love for moving sand and creating landscapes would eventually follow John in his career. His first job was on a farm in Credit River, he loved it. In 1982, the Andersen family moved up to Outing, MN. He found a new interest of the outdoors. John found joy in trapping, hunting, and fishing with his brothers. The Andersen boys also dug up the dirt on the trails riding ATV’s and dirt bikes. John began attending seminary high school, but soon found out this was not his calling. So, John continued his education at Remer High School, where he graduated in 1985.

Days after graduating, John went to Seattle, WA, with his brother where he bought his prized Javelin, his first car. John headed back to Minnesota. Here, his career spanned many decades working as a CDL truck driver, and working in the big boy sand box, as a heavy equipment operator, which he loved.

John was introduced to Nicole Jensen in the late 1980’s, where the two connected through a party with friends. John and Nicole started dating and the rest was history. On June 16, 1990, at Holy Trinity United Methodist Church, in Prior Lake, they became husband and wife. The couple first settled down in a small home, in Minneapolis, MN. It had small living quarters, with a crawl space. John had a wonderful idea on creating more room. With five-gallon buckets and later a conveyor to help speed up the process, John eventually carved out a basement. Needing even more room, John and Nicole moved to Bloomington, MN and then found their forever home in Lakeville.

John and Nicole became the proud parents to sons Maxwell, and Ryan. These boys were the light of their lives. John and the boys loved being outdoors, riding four wheelers and dirt bikes. The Andersen family enjoyed the annual trips to Lake Vermillion. John especially loved hanging out with his older brothers having a beer, talking about cars, playing darts and horseshoes. John, Nicole, and the boys enjoyed visiting Emma Krumbees and have fond memories touring Alaska. Family was always important to John and he looked forward to the JAWS family reunions.

John was a big kid at heart. His home was always filled with his friends and friends of the boys. John greeted you with a smile and big hug. With the sudden passing of Nicole in a car accident on November 13, 2007, his life changed forever. John showed his sons how to be strong, loving and to always put others needs first. He was kindhearted, generous, and extremely hard working and loved to have fun.

Offer Condolence for the family of John Robert Andersen