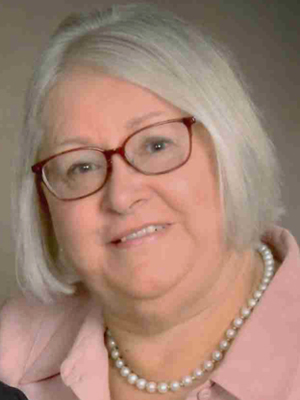 A Christian Funeral will be held on Saturday, May 14, 2022 at 11AM with a visitation two hours prior all at Immanuel Lutheran on Fish Lake, 20200 Fairlawn Ave. SE, Prior Lake. Joanne will be laid to rest at St. Paul Lutheran Cemetery in Prior Lake with Dr. Rev. Brent Parrish presiding.

Joanne was born at home in the parsonage of Christ Lutheran Church in Eagan, Minnesota on June 2, 1944 and soon after baptized into her Christian faith. She was the second of four children born to the Rev. Herbert J and Margaret Johanna (Fiess) Hafner. In December of 1949, Joanne moved to Prior Lake, Minnesota where her father had accepted a call to be the pastor at Immanuel Lutheran Church. Joanne attended the Christian day school at Immanuel with her mother as the teacher. Little did she know that one of the other students, Jerry Stark, would eventually become her husband.

Joanne graduated from Cadillac High School in Michigan in 1962, then heading off to Concordia College in Seward, Nebraska for a year. She soon concluded that teaching was not her calling and decided to begin nursing school at Lutheran Hospital in Fort Wayne Indiana. She often spoke of the very practical, hands-on nurses training she received, working in the hospital from the day one, preparing the students for the rigors of hospital work upon graduation. Joanne often reminisced about her summer college jobs, working as a cook for a wealthy family in Leland, Michigan, and waitressing at the Denver Press Club. In 1967, she and two college friends took jobs at the University of Minnesota hospital in Minneapolis. After moving to Minneapolis, Joanne reconnected with her grade school friend Sharon Fehlandt Rook, who promptly set her up on a blind date with one of their old grade school classmates, Jerry Stark. Joanne cautiously agreed to the setup, vaguely remembering quiet Jerry. But, in no time, these two love birds began their journey together, marrying just a year later, on December 30, 1968.

On September 5, 1969, Joanne and Jerry were blessed with their first daughter, Gretchen Marie Stark. Soon after, they built a new house in Prior Lake next door to Jerry’s parents. On September 14, 1972, along came their second daughter, Jenna Joanne Stark. Joanne then transferred to a part-time nursing job at Fairview Southdale Hospital in Edina. She and Jerry were members at St. Paul’s Lutheran Church in Prior Lake, where she sang in the choir, taught mid-week religion classes, and started a junior high youth group. She was also very passionate about helping people with nutrition through her Shaklee business. Her background in medicine combined with her passion for nutrition really allowed her to help so many people-a true source of joy in her life.

Those who knew Joanne knew she loved people. When she met you, she really wanted to get to know you. She took the time to listen, really listen when people talked to her. Not just the surface things, but really hear about your experiences, your troubles and your joys and understand you. People often jokingly referred to her as “Barbara Walters”. She was just that person that you could always reach out to because she always had the right things to say. She always had an ear to listen without judgement. She never seemed to dwell on the negative but rather look forward. Her positive attitude was infectious.

Joanne’s dedication to her family and faith were always her top priority. A nurturing mother, raising her girls with a joyful spirit, thoughtful guidance, and compassion. A proud grandmother of five, watching them grow and sharing in their interests. And, a loving wife, treasuring 53 years of marriage to Jerry, the love of her life. The two enjoyed many travel adventures together after their retirement.

Offer Condolence for the family of Joanne M. Stark