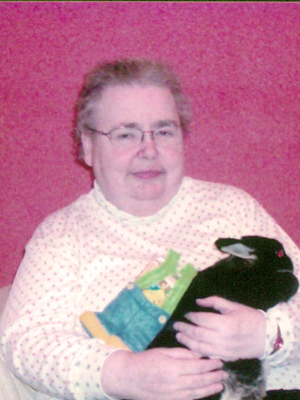 Guests may join the mass via live streaming by visiting http://stmichael-pl.org

On November 14, 1946, JoAnn was born to parents Virgil and Georgia Mead in Graceville, MN. JoAnn was the second of 4 total children for the family. Growing up, the kids enjoyed playing yard games with each other and the local neighborhood kids. When JoAnn wasn’t running around outside, she enjoyed crocheting blankets for her family and friends. JoAnn attended Lake Park Highschool, where she would later graduate from. While attending school, she was a saxophone player for the high school band. Playing in the pep band for the high school athletic teams was her favorite.

After high school, JoAnn moved to Minneapolis with her cousin so she could attend the Minneapolis Business School. After long days of work and classes, she would always find her way to St. Olaf Catholic Church to attend Mass. Joann graduated from the Business College and continued to work in Minneapolis for a short time. Faith played a large part in JoAnn’s life, it even compelled her to move to Connecticut and join a Covenant.

Once her time in Connecticut came to a close, she moved back to Minnesota to the Chaska area. Being back closer to family, JoAnn took full advantage of it. She would often enjoy car rides with her aunt which usually ended with a trip to McDonalds. JoAnn also enjoyed getting together with her family and friends for dinner or for a game of cards with some coffee. When she wanted some peace and quiet, puzzles were a great way for her to relax. JoAnn did the normal puzzle books, but those weren’t quite enough for her. Instead, she made her own puzzles that only she knew how to solve.

Offer Condolence for the family of JoAnn Mead