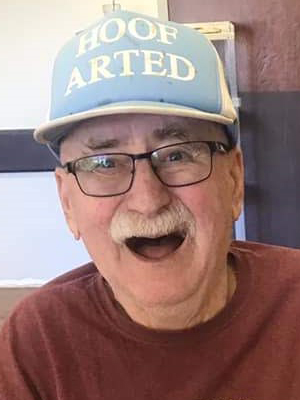 Gerald “Jerry” Walz, age 82 of Minneapolis, passed away on November 6, 2021. A visitation concluding with military honors will be held on Saturday, November 20, 2021 from 1:00-3:00PM at Ballard-Sunder Funeral & Cremation (833 S. Marschall Rd.) in Shakopee. Jerry will be laid to rest at Fort Snelling National Cemetery.

On October 15, 1939 in Bluffton, MN, Gerald Alphonse Walz was born to parents Anton and Mabel (Hochstein) Walz. He was one of eight children to be raised on the family farm near Wadena, MN. Whether it was exploring the woods or the farm, Jerry found adventure and mischief wherever he went!

Following his high school graduation, Jerry enlisted in the United States Air Force. He proudly served his country until his honorable discharge in 1962. The Air Force fueled his passion for aircraft. Afterwards, Jerry entered the work force. He was a manager at various companies, including Control Data, for many years. No matter the job, big or small, Jerry took great pride in his work especially if it meant helping others and offering guidance.

While in Fargo, ND, Jerry met his wife, Judith Demers. The two were united in marriage on April 19, 1969 in Fargo. Soon after they moved to the Twin Cities and later settled in Lakeville, MN to raise their growing family.

During his years in Lakeville, Jerry was an active man, with numerous hobbies—fishing, bowling, horseshoes, billiards, poker, and BINGO at Little Six Bingo. With his family, Jerry enjoyed visiting the Minnesota State Fair, along with trips to Dairy Queen for Peanut Buster parfaits, which later turned into Caramel Cashew sundaes at Culvers.

After retirement, Jerry and Judith moved to Henderson, NV to escape the cold winters. While Jerry wasn’t your typical outdoorsman, he cared deeply for the environment. The desert held a special place in his heart. Often, he would walk there and pick up discarded metal to be recycled. Jerry loved Nevada and was always excited to share his favorite places with others. From the bright lights of Fremont Street to the wildlife and beauty of Lake Mead to pointing out the planes flying to and from Nellis Air Force Base.

Jerry enjoyed sharing all he had learned in life, especially with his grandchildren. He was very proud of his daughters and grandchildren and told them often. He will also be remembered fondly for his happy personality. “Dad Jokes” were told earnestly and often! Jerry would frequently ask his daughters and the staff at the VA Home, “What do you call a woman married to a hippie?…. Mrs. Hippie (Mississippi)!”

Offer Condolence for the family of Gerald “Jerry” Walz