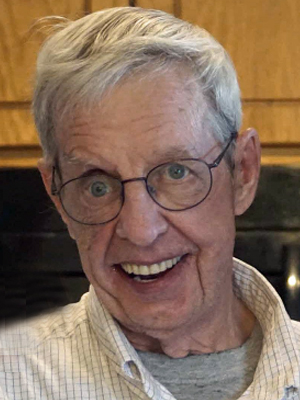 A time of gathering to celebrate Jeffry’s life will be held on Tuesday, October 6 from 4:00 PM to 5:30 PM at Ballard-Sunder Funeral & Cremation in Prior Lake, 4565 Pleasant St SE. Masks are required, and social distancing will be maintained.

Jeffry Charles was born on January 8th, 1945 to Clarence and Frances (Cronin) Gall in Oshkosh, Wisconsin. Jeffry and Jim were quite the surprise that January morning. Jeffry’s parents were not expecting twins, but they were more than up for the challenge. The twins joined their older siblings Judy and John. Before it was all said and done, Jeffry had two younger siblings: Jack and Janice. Jeffry and his family lived in the city of Oshkosh but could be often found out of the city limits enjoying snowmobiling, fishing, and boating. As a kid, Jeffry contracted polio, but even that could not hold him back. He persevered through the complications and lived a childhood full of stock car races and wood working. He also developed a deep love for music at an early age. He sang in the school choir and loved listening to folk and country music. His family attended church, but most Sundays during Sunday School, you could find Jeffry outside the church smoking his cigarettes. He graduated from Oshkosh High School in 1965 and went to work right away.

He worked for Rockwell Manufacturing for exactly 30 good years. The factory specialized in making axels for Oshkosh Trucking and military vehicles. He worked just about every job that the factory had including operating machinery to his favorite job of running the tool crib. No task was out of the question. Once he retired from Rockwell, he explored multiple diverse job opportunities. After retirement, Jeffry started to partake in his hobbies from childhood. He loved to be outside and play with his “toys”. These toys include snowmobiles, cars, boats and his wood working tools and equipment. While Jeffry had many hobbies, he always tried to find more. He often would get the equipment for them, give it a try, and then decide the hobby was not for him. Then it became the hobby for whoever he gifted the equipment to. One of his biggest passions was music. He learned how to play the guitar later in life, but it was one of his biggest accomplishments. Between playing and listening to John Denver, James Taylor and other country/folk songs, he was happy when there was music.

Jeffry met a wonderful woman named Nadine in 1973 and became a part of her family shortly later. Once they were married, Jeffry became the father of Nadine’s five children at age 28. Steve, Timothy, Melissa, Douglas, and Elizabeth could not have hand picked a better dad. The two had one more daughter, Jennifer, making a grand total of six kids. Most of the kids were teenagers when Jeffry joined the family, so Jeffry tried to build trust with them by letting them borrow some of his “toys”. One missing boat motor and a totaled car later, he found new ways to build these relationships. Eventually, Jeffry and Nadine parted ways but were still lifelong friends. Jeffry absolutely loved to be around his grandchildren. Whether it be a tee-ball, football, or anything else, he was always there for his children.

He was preceded in death by his parents, Clarence and Frances; and siblings, Judy, John, Jeff, Jim, Jack, and Janice.

Offer Condolence for the family of Jeffry Gall